In separate interviews, Nassau Police Commissioner Patrick Ryder and former Suffolk Police Commissioner Geraldine Hart outlined their records in working to increase the representation of minorities in their departments and proposed additional actions.

Both said that ending U.S. Justice Department oversight under four-decade-old federal consent decrees would give them greater flexibility to adopt measures aimed at increasing diversity.

Both called for granting the counties permission to stop administering their own police hiring civil service tests and instead use a state-run exam as the yardstick for selecting candidates.

Hart, who resigned this month, said in an October interview that she had expressed “concern” about the department’s lack of diversity after she was appointed in 2018.

To attract Black and Hispanic hiring candidates, Hart increased the department’s recruiting staff to four officers, up from one. She said she also met with community leaders for “some difficult conversations around race and policing” and encouraged the leaders to find people who would sign up for the employment exam.

Deputy Police Commissioner Risco Mention-Lewis, who participated in Newsday’s interview with Hart, said she often challenged community leaders to drum up applicants by saying, “Give me 50.”

“If you want more, then you’ve got to be part of the solution,” Mention-Lewis said.

We need to look at the entire system and look at it as a holistic approach. It doesn’t stop once the test is offered and recruiting stops. 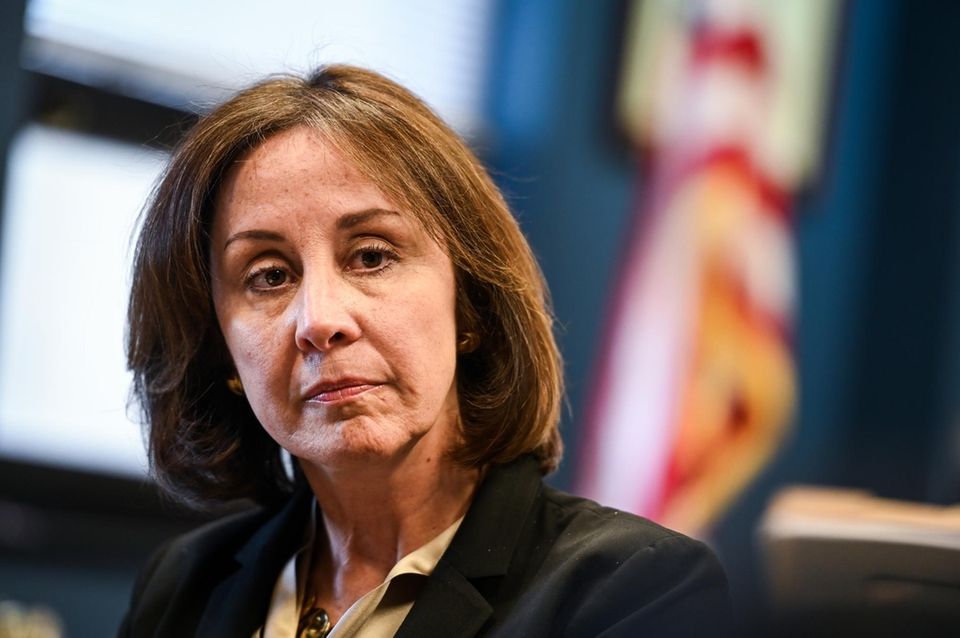 Hart said she assigned a seven-officer group to identify parts of the hiring process that had disproportionately eliminated minority candidates.

“It’s what we’re trying to turn the tide on completely, and what our efforts have been toward,” Hart said. “We need to look at the entire system and look at it as a holistic approach. It doesn’t stop once the test is offered and recruiting stops. Now we look at the hiring standards in the hiring guidelines. And that’s what we did here.”

She cited making the physical fitness test requirements accessible to candidates on the department’s website and granting applicants who fail the fitness test four weeks to retake it, up from two.

Hart said the department had also taken responsibility for judging background investigations away from officers who had conducted the investigations. Under a new system, police investigators refer their findings to county civil service officials, who then determine whether applicants are suitable for employment.

Asked how she would change the hiring process if she had the power to enact reforms, Hart cited ideas including finding potential recruits in new fields.

“Can we identify areas that we see as really correlated to a successful officer, whether it’s some, maybe, a background in social work or working with the mental health fields or teaching youth or a youth counselor?” Hart said. “Identifying those areas, which we do have on the job, but maybe in the future really just kind of attracting those candidates.”

We lack in our diversity, we know that. But it’s not from a lack of trying. 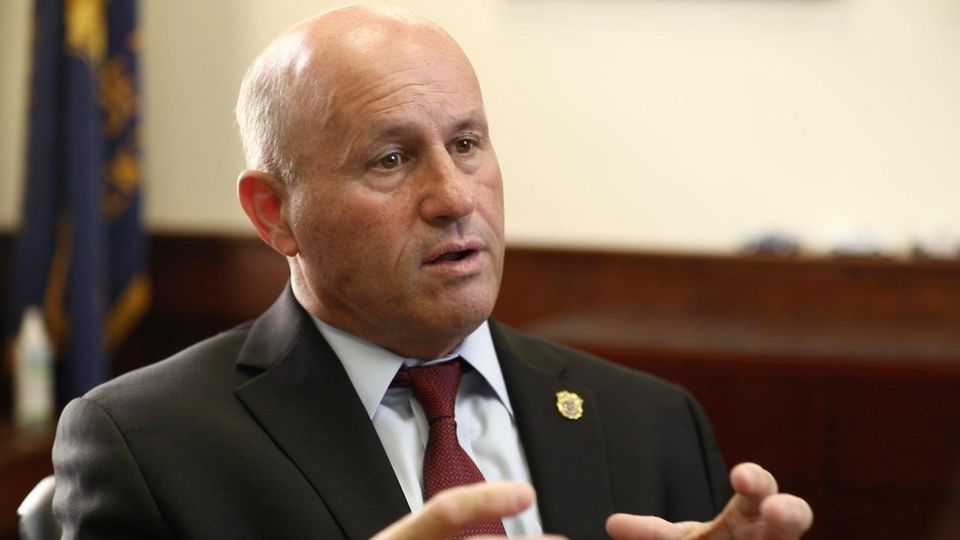 Ryder, who took over as Nassau commissioner in 2018 after rising through the department’s ranks for 32 years, said in an October interview, “We lack in our diversity, we know that. But it’s not from a lack of trying.”

He said, for example, that he adopted a program that enables officers to act as mentors to minority job applicants who have passed the written hiring test. The Nassau Guardians, the department’s fraternal group of Black officers, proposed the idea last summer to help increase minority hiring rates.

Ryder said Nassau focuses its recruiting efforts in minority communities and specifically targets high school and college students as they are thinking about their future. Ryder pointed to the success of the department’s “Explorers” program, which connects youths ages 14 through 20 with current police officers as a way to help them learn about the job.

Asked how he would go about developing a hiring system for Nassau police officers if given unilateral power to do so, Ryder responded, “I like the process that we do now.”

The Justice Department oversees police hiring in both counties under consent decrees that settled lawsuits accusing Nassau and Suffolk of having “engaged in a pattern or practice employment discrimination” by race, ethnicity and gender.

The consent decrees require the counties to develop their own hiring exams, engage in “vigorous” efforts to recruit minorities and file regular reports with the federal agency. They call on the counties to hire minorities at rates that “roughly approximate” their interest in becoming police officers.

“I think the evidence is in the fact that we have not moved that needle,” she said, “I think that there’s real constraints in that.”

Both commissioners said that federal oversight was time-consuming and cumbersome. Each said that the Justice Department’s review of grading standards after tests are administered can bring hiring to a standstill for up to a year. Hart also said that the agency has set Suffolk’s minimum educational requirement at a high school diploma, a standard she viewed as too low.

“I think that we’d be better served with a higher requirement than that,” she said.

The Nassau department requires 32 college credits, the rough equivalent of one year of post-high school education.

As ordered by the consent decree, the counties have hired testing companies to develop, administer and grade police exams when they are administered every four to six years.

Nassau’s most recent contract with AON, a human resources consulting firm, cost as much as $1.2 million and covered both the hiring test and a promotional exam. Suffolk’s 2019 contract with P.S.I. Services, a testing company, had a price cap of $533,550.

New York State administers a police hiring test every two years. The state police use the exam in hiring officers, as do more than 90 municipalities, including the Glen Cove and Long Beach forces.

Ryder and Hart said using the state test would relieve their departments of the complex and costly responsibility of producing their own exams, and enable the counties to invite applicants more frequently to join their forces, because it would be less time consuming of a process, allowing the counties the option of offering a police exam more often. They also said they would be able to start processing applicants based on their test score quicker.

“I’d rather take the state test and give it every two years and give a kid a shot over and over,” Ryder said, “and not just turn around every six years and say, I’ll see in six years, kid, you didn’t make this one.”

Hart added, “It certainly gives more freedom and I think most departments use it for a reason.”