Four video case histories reveal evidence of unwarranted actions and unjustified force by Long Island police officers, as well as how the public paid millions in compensation for injuries and loss of liberty.

As documented by Newsday, the videos show the role civilian recordings have played in transparency and accountability on police forces that have not been widely equipped with body cameras.

Civilian videos vs. the police accounts

Faith Jessie in the the studio.

By Paul LaRocco and Sandra Peddie

The 34-year-old Black man cursed the cops and violently swung his arms when they tried to handcuff him.

The Latino landscape worker blocked emergency responders from aiding a friend who had suffered a head wound in a bar fight.

The retired Suffolk police lieutenant assaulted a Nassau sergeant with his pickup and fled the scene, prompting a bulletin that branded him wanted, armed and driving a stolen truck.

Police officers in Nassau County filed those four accounts to support making arrests in four different cases over the last seven years. In two of the cases, they swore to descriptions of events that justified using force that caused the men permanent injuries.

But videos recorded by private security cameras and cellphones captured contradicting realities or helped challenge the official accounts. Prosecutors and a judge dismissed the charges against three of the men. A judge convicted the fourth, the retired lieutenant, of reduced counts — after he’d been pulled over at gunpoint on the basis of a falsely issued alarm.

As political and police leaders wrestle with whether to equip Long Island’s major police forces with body cameras, a Newsday investigation of the four cases spotlighted the role civilian videos have played in securing justice absent the sights and sounds of body-worn recorders.

Based on the judgments of independent criminal justice experts, the findings include evidence that officers jailed citizens without cause and used unjustified force while exposing taxpayers to lawsuit liabilities totaling more than $4.6 million so far.

Forty-seven of America’s 50 largest police forces have adopted widespread use of body cameras. The Nassau and Suffolk county police departments are two of the three exceptions, a Newsday survey found — though that may soon change.

Suffolk County Executive Steve Bellone in early March called for equipping large numbers of officers with cameras after one of the few devices worn on the force captured officers kicking a handcuffed alleged car thief. Two officers were suspended; three were placed on modified duty. Bellone has since included body cameras in the county’s police reform plan.

Criminal justice experts, including former top prosecutors, police chiefs and special unit commanders, reviewed the civilian video recordings and the arrest reports in each of the four cases spotlighted by Newsday. They are: 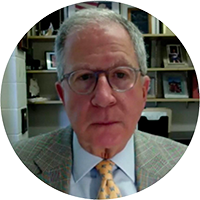 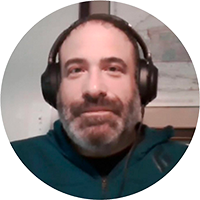 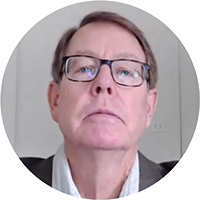 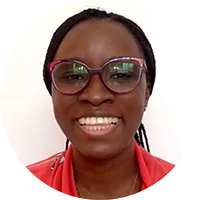 Ayanna Sorett, a fellow at Columbia University’s Center for Justice who served for 15 years as an assistant Manhattan district attorney, including experience prosecuting homicides, gangs and gun trafficking 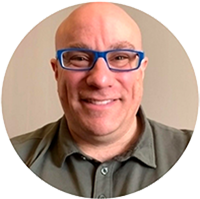 Joseph Giacalone, a retired NYPD detective sergeant who held posts including leader of homicide and cold case squads and teaches at the John Jay College of Criminal Justice 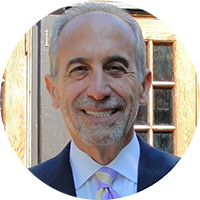 Joseph Pollini, a John Jay professor of police practice who was a 33-year veteran of the NYPD, commanding a major case squad, robbery squad and a cold case homicide squad. 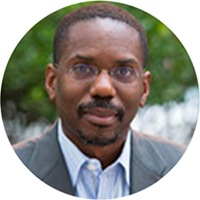 Citing differences between the official accounts and the video images, some of the experts questioned why the officers in three cases had not been investigated for, or charged with, criminal conduct.

While declining to discuss specific cases, Nassau district attorney spokesman Brendan Brosh responded in an emailed statement that the office “aggressively prosecutes police officers when charges are supported by the facts.”

It’s almost unjustifiable that there wasn’t probable cause to bring some charges here against the police.

“It’s almost unjustifiable that there wasn’t probable cause to bring some charges here against the police,” said Klein, referring to the 2014 arrest of Bobby Hayes outside a Uniondale barbershop.

Hayes is the man who was accused of violently swinging his arms to resist arrest. He spent a week in jail, shackled for 23 hours a day, before a cellphone video showed him calmly complying with plainclothes Nassau police Officers Peter Ellison and Carl Arena, who had handcuffed him after he declined to give his name. The recording prompted the Nassau District Attorney’s Office to dismiss Hayes’ case.

A home security camera recording led the district attorney to similarly dismiss resisting arrest and assault charges lodged in 2017 against Robert Besedin, the 71-year-old veteran who had been accused of pushing 24-year-old Nassau police Officer Dominick Mantovani off his porch.

The video showed that Mantovani put his arm around Besedin’s neck and threw him off the porch and onto his head. Besedin’s lawyer, Frederick Brewington, said that the impact caused brain damage and that he pressed prosecutors to charge Mantovani and his partner, Officer Stephen Beckwith, with filing a false felony complaint. Prosecutors declined.

Abel Alvarenga Vasquez is the landscaper whose friend suffered a head gash in a fight at the end of a night of heavy drinking. Hempstead Village police slammed Alvarenga against a parked car after he started recording the scene outside the bar with his cellphone. The blow perforated his small intestine.

After a trial, a judge concluded that videos proved Alvarenga could not have hampered first responders because he was handcuffed in a police car when they arrived outside the bar in an ambulance. The judge found Alvarenga not guilty of disorderly conduct. As compensation, Hempstead Village agreed to a $4.5 million settlement last May.

To determine whether any of the officers faced departmental discipline, Newsday sought access to their internal affairs records under the Freedom of Information Law. Despite last year’s repeal of a statute, known as 50-a, that blocked release of almost any law enforcement personnel information, the Nassau Police Department denied Newsday’s requests or provided documents that were almost totally blacked out.

The blacked-out papers revealed nothing about the officers’ histories of civilian complaints or internal affairs investigations. In some instances, the records provided sparse summaries of departmental violations that included no specifics about any incidents and no indications of whether the department had meted out discipline. Newsday last month sued Nassau police over its withholding of the information. County officials have yet to formally respond to the suit.

Officers involved in two of the four cases examined by Newsday have left their forces.

William Falk, who arrested Alvarenga, retired from the Hempstead police force during a period in which he himself was arrested five times in Nassau and Suffolk counties. He was charged with violating an order of protection that his wife had secured during a divorce. He collects an $84,726-a-year pension.

Newsday’s investigation also showed the limitations of surveillance and cellphone videos. Taken from angles and distances that can often be random, they’re not as immediate as body cameras. And unlike the equipment worn by officers, they don’t always capture audio.

In the case of William Hasper, the retired Suffolk police lieutenant, a security camera across a street captured the events in black and white and without sound. Newsday narrowed the camera’s field of view to focus on the two men. The recording shows their movements, but it is not distinct enough to show details.

Nassau police Sgt. William S. Russell reported that Hasper had repeatedly bumped him with Hasper’s pickup during a parking dispute. Russell’s account led police to issue an alarm that named Hasper as wanted for assaulting an officer and described him as potentially armed and dangerous. The bulletin also identified Hasper as driving a stolen truck even though he owned the Sierra.

Hasper and his lawyer each spoke with detectives within hours after the parking lot incident. He appeared for arrest and surrendered his gun. Still, the Nassau PD left the wanted alarm in effect for two months. Cops stopped him twice on the road, once pulling him over with guns drawn.

“My number one fear with this young officer with his gun, with these guns at my head, is that all it would have taken was for him to get nervous, to trip, and I would’ve taken a round or two center mass right in the middle of my cerebellum,” Hasper recalled in an interview.

Body cameras may have more definitively proved or disproved misconduct in any of these cases. In fact, many experts say the devices are more likely, in general, to exonerate officers.

“There’s cameras everywhere else in the world. People have an incentive right now to capture their own footage on their own porch, in their own store, with their own phone on the street,” said del Pozo. “And they will share it … and they will draw their conclusions before the police department ever gets to see that footage.”

The four cases reviewed by Newsday are linked by more than video. In all of them, the officers described their suspects as cursing, waving their arms or “flailing.”

Hayes was accused of disorderly conduct for what police said was a profane tirade and refusing to provide his last name. He was charged with resisting arrest for “swing[ing] his arms and upper body.”

Besedin was said to have slapped at one of the officer’s hands and to have “violently” flailed his arms.

Hasper allegedly screamed and waved his arms at the sergeant during the road rage incident that escalated into the assault charge.

Alvarenga was described as being belligerent and flailing his arms in the moments before an officer slammed him against a parked car with enough force to perforate his small intestine.

Sorett said that overwhelmingly the Manhattan District Attorney’s Office does not prosecute defendants for a single charge of disorderly conduct because, “That’s seen as pretext” for making an arrest when an officer is angry.

She said that police often use a term like “flailing” as “a catchphrase.”

“Like that’s standard police speak and police jargon,” Sorett said. “And if you go and review any criminal complaint that charges disorderly conduct along with resisting arrest, you’ll find that exact term in all of them. It’s sort of, like, standard boilerplate speak for these types of charges.”

Discussing the disorderly conduct charge leveled by police against Alvarenga, Sorett said she saw no evidence that he had broken the law.

“He was simply annoying them,” she said, referring to the police. “There was no reason to issue a summons in the first place. On its face, he didn’t violate the law.”

Read The Full Story
What the videos showed 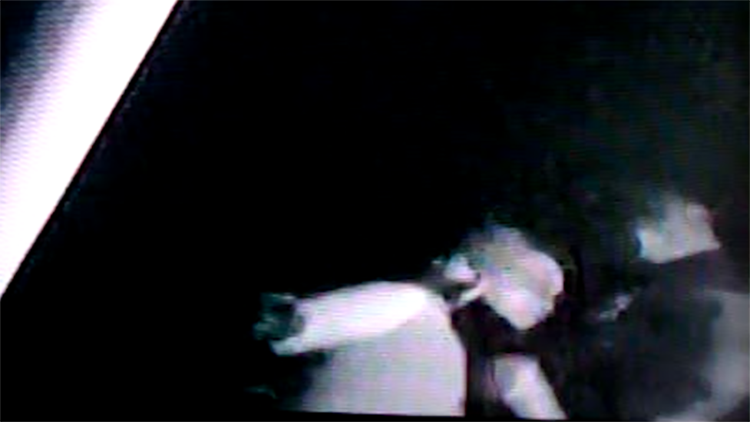 THROWN TO GROUND, CHARGED WITH ASSAULT 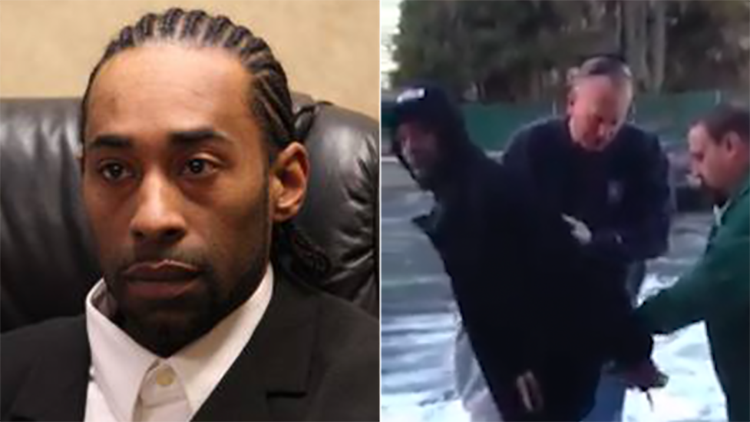 SHACKLED, JAILED FOR A WEEK 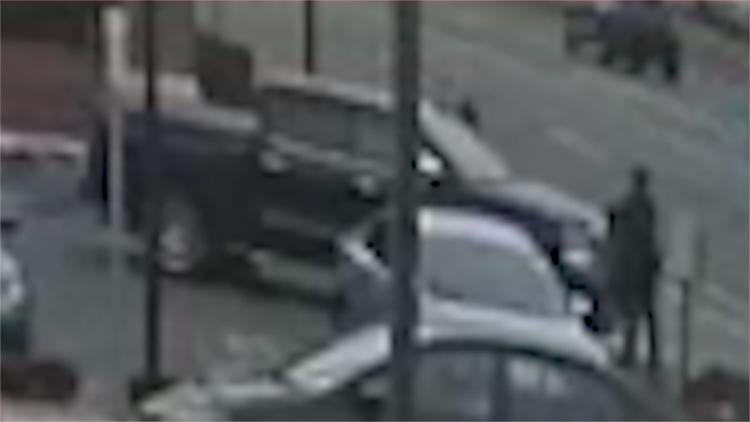 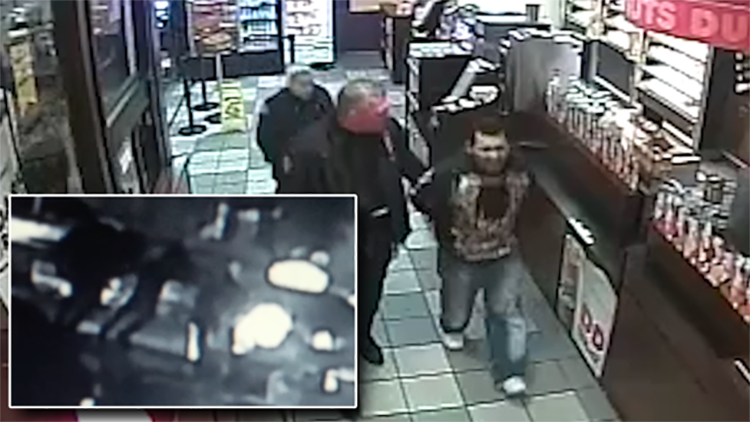 SLAMMED INTO CAR, DISABLED FOR LIFE