Good afternoon and welcome to The Point!

In an enormous blow to the future of the Nassau Hub, the Feinstein Institute for Medical Research has ended its plans to bring a $300 million Center for Bioelectronic Medicine to the Hub, The Point has learned.

Instead, Feinstein, a division of Northwell Health, is considering ways to create the same center within Northwell’s facilities in Manhasset, said our source, who is very familiar with the details of Hub planning.

Feinstein’s building at the Hub was to be a centerpiece of an innovation district and biotechnology corridor. The Feinstein center was considered a key to getting the state economic development funds Nassau County has already secured, and was to be a big piece of making the Hub a significant new economic engine for Nassau County. New York State had committed $50 million toward the center, on top of $85 million for two parking garages, one of which was going to sit beneath the Feinstein facility.

The cancellation of Feinstein’s plans comes just after Nassau County Executive Edward Mangano had said the county is revisiting its own plans for developing retail and restaurants on the land just around Nassau Coliseum. Mangano and developer Bruce Ratner, along with fellow developer Scott Rechler, have discussed the possibility of adding housing to those proposals.

So, now what? The idea behind adding housing was that it would have complemented the biotechnology and medical facilities being built there, by providing homes for a new workforce. As of now, the only thing being built at the Hub is a Memorial Sloan Kettering outpatient cancer care center. And, of course, there’s the renovated Coliseum, scheduled to open Wednesday night with a concert by Billy Joel.

As for the rest of the 77-acre Hub, it seems the county is back to the beginning — a sea of asphalt.

Being deductive about New York

Here’s more context for the upcoming fight on federal tax reform, specifically the very real possibility that Republicans might seek to eliminate deductions for local taxes.

The personal finance website WalletHub calculated each state’s tax burden — the amount of property taxes, individual income taxes, and sales and excise taxes as a percentage of total personal income in the state. That’s important because the states that stand to lose the most if the deductions disappear are the states that pay the most in local taxes.

The results were not good for New York. The Empire State was seventh in its property tax burden, part of a top nine dominated by fellow blue states New Jersey, Vermont, Rhode Island, Connecticut and Illinois.

The individual income tax list was even bluer, with New York at No.1 followed by Oregon, Maryland, Minnesota, California, Massachusetts and Connecticut.

Which means if the GOP plays, Democrats will pay.

Long Island, a place we all call home 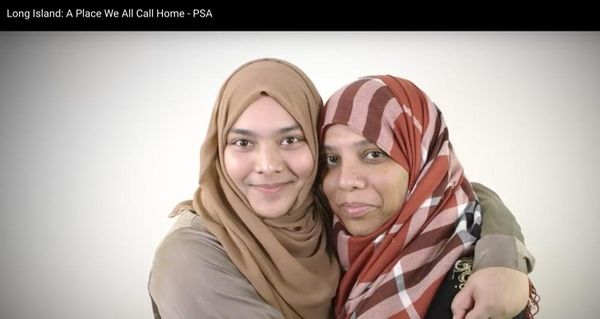 The immigration advocacy group Long Island Wins has released a PSA video highlighting a cross-section of the 526,000 immigrants who live in the region. By letting the immigrants tell their stories and explain how they are part of the communities in which they live, the group hopes to build respect for immigrants and bridges between them and native-born Long Islanders.

U.S. Immigration and Customs Enforcement sent out a news release on Tuesday about a three-day New York State operation that led to the arrest of 31 foreign nationals.

An ICE spokeswoman says the operation is “nothing new.” More than 240,000 individuals were “removed” by ICE in fiscal year 2016, part of President Barack Obama’s substantial number of deportations.

So, what’s different under President Donald Trump, who made illegal immigration a cornerstone of his campaign and now administration?

Advocates and lawyers for those being deported say that anecdotally, ICE operations seem to be removing more people convicted of low level offenses. But the more obvious difference is the way Trump’s ICE has been publicizing its actions.

ICE news releases for New York from President Barack Obama’s inauguration through April 5 show only one tagged “Enforcement and Removal.” That release details the arrest of a fugitive wanted in multiple deaths.

Current ICE releases include eight with the “Enforcement and Removal” tag over the same period, including regular operations like the one announced Monday or the arrest of eight sex offenders in March during “daily enforcement operations.” Another highlights the case of a Mexican national arrested by ICE without NYPD help — an example of ICE elevating its own actions.