One reporter worked tirelessly to put away Sonny Franzese. The other worked just as hard to get him out of prison.

The two men, both respected Newsday veterans who have died, embodied an era when larger-than-life characters reigned in newsrooms. One was Bob Greene, a Pulitzer Prize-winning investigative journalist known for his fondness for good food and drink and even more for his breakthrough investigative reporting. The other, Manny Topol, was a seasoned courts reporter unafraid to buck conventional wisdom.

Neither man was easily cowed, and each believed strongly in what he was doing. It was perhaps inevitable that an equally formidable character — Franzese — would draw them into a conflict neither man sought.

As Mafiosi moved to Long Island in the ’60s, Greene watched warily as he saw them infiltrate legitimate businesses and politics. “You had to fight these sons of bitches,” he told journalist Bob Keeler for his history of Newsday, published in 1990.

In 1965, Greene wrote “The Hood in Our Neighborhood,” a story that both cemented Franzese’s reputation as an up-and-coming mobster and upended the respectable suburban facade he had cultivated for his family in Roslyn. Greene included details about Franzese’s daily routine that were so specific — such as the Chock Full O’ Nuts date-nut bread sandwich he usually ate for lunch — that they smacked of coming from law enforcement sources.

In fact, Greene had deep ties to law enforcement after working as an investigator for city, state and federal committees probing organized crime, including Sen. Estes Kefauver’s landmark investigation in 1951.

Greene’s ability to report such specifics rattled mobsters, said Greene’s son, Bob Greene Jr. Threats to his family were common,  and “Sonny Franzese is one of the reasons I had to go to kindergarten in a police car,” he said.

The threats didn’t deter Greene, who later won two Pulitzer Prizes and did not let up on Franzese. 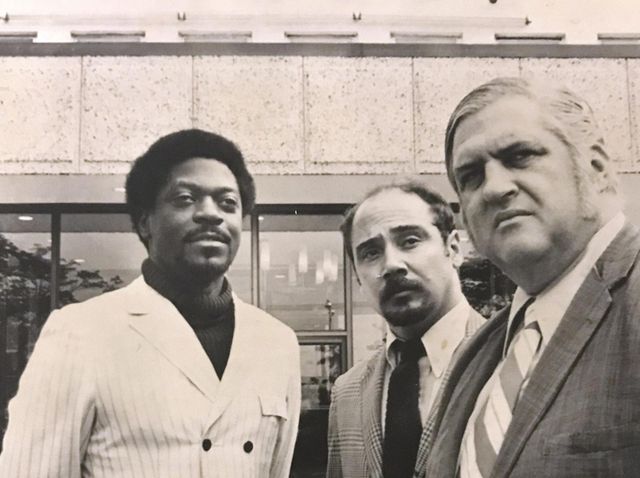 Joseph (Whitey) Florio covers his face with his hat as he is led into Brooklyn Federal Court by unidentified law officers in April 1966. Photo credit: Newsday / Marvin Sussman

Greene even took the unusual step of testifying for the prosecution in the 1967 homicide trial in which Franzese was accused of ordering the killing of Ernest “The Hawk” Rupolo, a one-eyed hit man whose body was found in Jamaica Bay in 1964.

He had interviewed Joseph (Whitey) Florio, a Franzese associate who had been shot at outside a bar after Rupolo’s widow, Eleanor, accused him of killing her husband.  The man who did the shooting was her new husband, John Cordero. Greene’s testimony helped established facts central to the prosecution’s case.

Franzese was acquitted of the homicide, but Cordero, along with three other men, testified against him in a bank robbery trial that same year that resulted in Franzese’s conviction and a 50-year prison sentence. To his dying day, Franzese maintained his innocence in that case.

Around the same time, Topol was establishing his own reputation as a street-tough reporter. He once interviewed former Bonanno crime family boss Paul Sciacca at his Massapequa home. Sciacca complained of being labeled a murderer, so Topol asked him, “Well, who did you kill today?”

Topol had heard rumors Franzese was framed, and he listened when Franzese’s wife, Tina, approached him.

But no one really faced up to the fact: Did [Sonny] really do this? They kept telling me it didn’t matter.

“Manny had no illusions about his background or what he did, but he didn’t feel he was in for the right reasons,” Topol’s widow, Sydell, said.

In 1974, Topol sat down with Eleanor Cordero, who led a tumultuous life. She had left John Cordero after he attacked her with a hatchet, and she told Topol that Cordero and the others had lied to get shorter prison sentences.

After she passed a lie-detector test, he wrote stories about her new version of events, which included a description of a crew of bank robbers so inept that, after one robbery, they got lost and wound up back at the scene of the crime. Also, they decided to rob a bank in Denver because the U.S. Mint was located there, netting just $300. And they picked an Oceanside bank to rob because it was near Eleanor’s hairdresser.

Franzese’s friends say he never would have countenanced such bumbling.

Topol testified for Franzese before the U.S. Parole Commission in 1978, and shortly after, Franzese was released on parole for the first time. 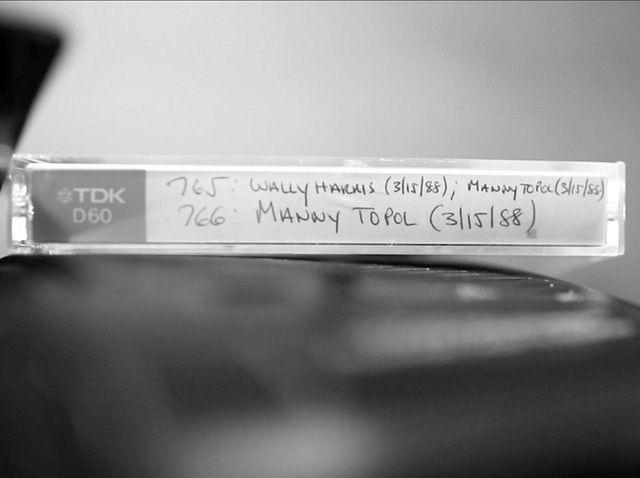 “He was a pretty good guy, that Manny,” Franzese said at his nursing home.

Topol told Keeler that law enforcement contacts defended their drive to put Franzese away by saying he was a killer. “‘The guy’s an animal. We gotta get him off the streets,’” he recalled them arguing. “But no one really faced up to the fact: Did he really do this? They kept telling me it didn’t matter.”

But, he said in the Keeler interview, “I felt very strongly that if you are going to get him, you should get him for what he did, and not for this,” he said.

Greene chafed at Franzese’s release, Topol said, but never said anything directly to him.

Yet, by 1994, Greene was starting to have his own doubts, he told New York Post columnist Jack Newfield. He said members of Franzese’s crew had come to Newsday and urged him to look into the case, even offering to help him.

“I never saw anything like this before or since,” Greene said.

It left him with “an uneasy feeling that Sonny didn’t do this one particular crime.”

Both men died long before Franzese completed his time in prison.