Train derailments are a big deal. Making repairs often entails lifting one or more 125,000-pound train cars and putting them back on the tracks, towing them away, and then repairing or replacing damaged track.

There’s often no telling how long it will take, especially if a derailment occurs in or near Penn Station, where Amtrak, and not the Long Island Rail Road, performs repairs and where spaces can be confined. Complicating matters, repairs often can only be conducted outside peak hours, when fewer trains are running. Then there’s more space to work, and more resources available.

Although Monday’s NJ Transit derailment did not affect the tracks or tunnels that the LIRR uses, it has given up access to some tracks during the rush hours, so that NJ Transit and Amtrak can operate. That means fewer LIRR trains running to and from Penn Station, extensive delays, and crowding.

Here are some tips to help commuters navigate the problems:

Traveling outside of peak hours

Upside: Your commute may very well be close to normal.
Downside: You’ll have to leave work very early or stay very late.

Even with fewer tracks available at Penn Station, the LIRR has enough capacity to run its normal off-peak schedule, which the LIRR defines as any time besides 6-10 a.m. and 4-8 p.m. on weekdays.

The earlier, or later, you can travel outside the rush hour, the better.

Trains will probably be more crowded than you would usually find during off-hours, but there’s less chance of disruptions — as long as nothing else goes wrong.

If you’re buying a daily LIRR ticket, traveling during off-peak hours is also cheaper, and it may be a little easier to find parking at a station.

Upside: There are plenty of trains at this terminal.
Downside: You’ll likely have to transfer.

The Downtown Brooklyn station is the LIRR’s original New York City terminal, and its second busiest, with plenty of trains running during peak and off-peak hours.

Unless you travel on a few select lines that run directly to and from Brooklyn, including Hempstead and Far Rockaway, it’s likely you’ll have to transfer, but you can connect to any branch other than the Port Washington line at Jamaica.

Brooklyn trains may be more crowded than usual during a Penn Station service disruption, but it’s less likely they will be canceled or delayed.

This option might be especially convenient to commuters working in Lower Manhattan, which is a short subway ride from Atlantic Terminal on the 4 and 5 lines. New York City Transit is cross-honoring LIRR fares during peak hours on its 2, 3 subway lines, which connect Atlantic Terminal to Penn Station. Connections are also available to the B, D, N, Q and R trains. 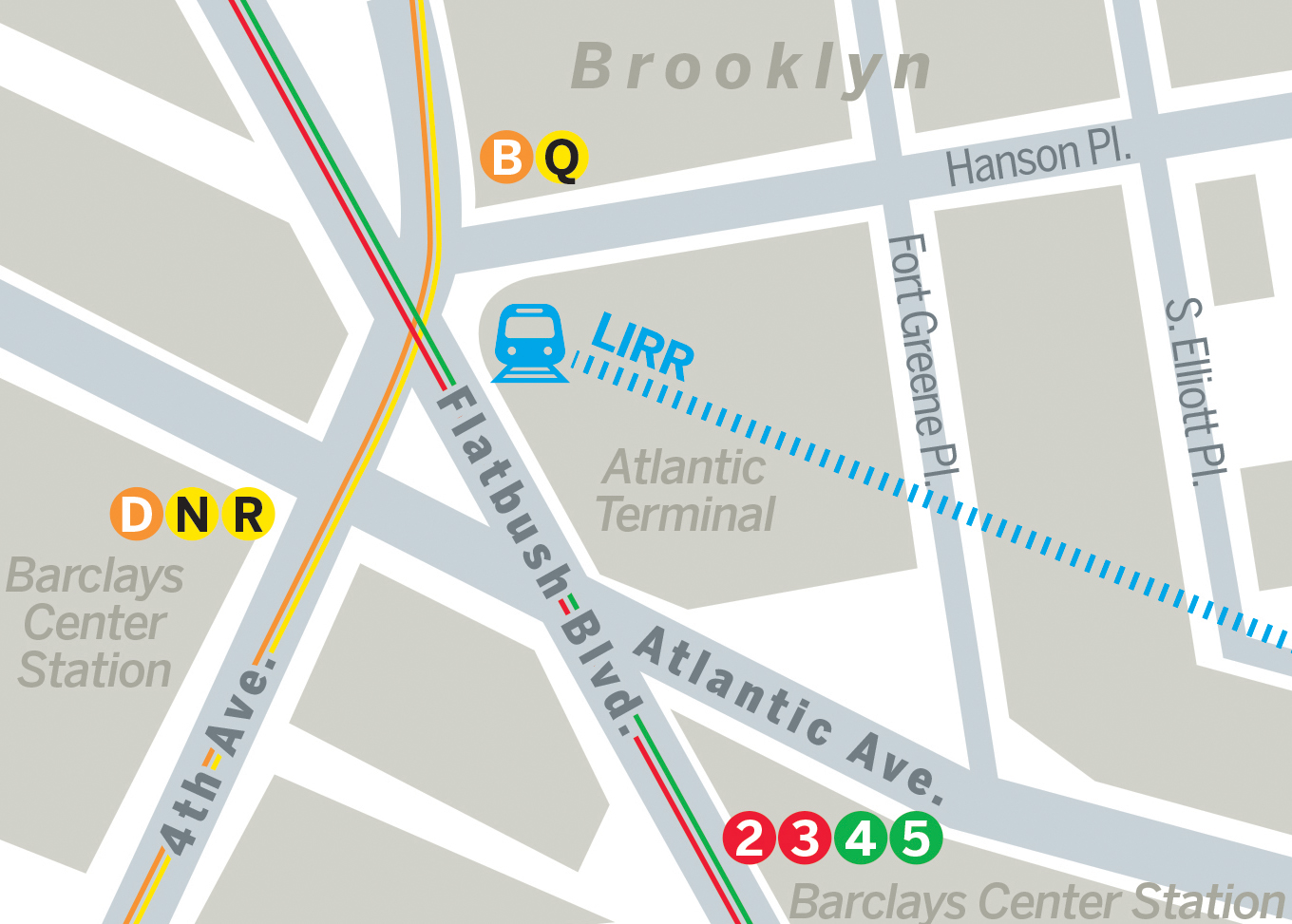 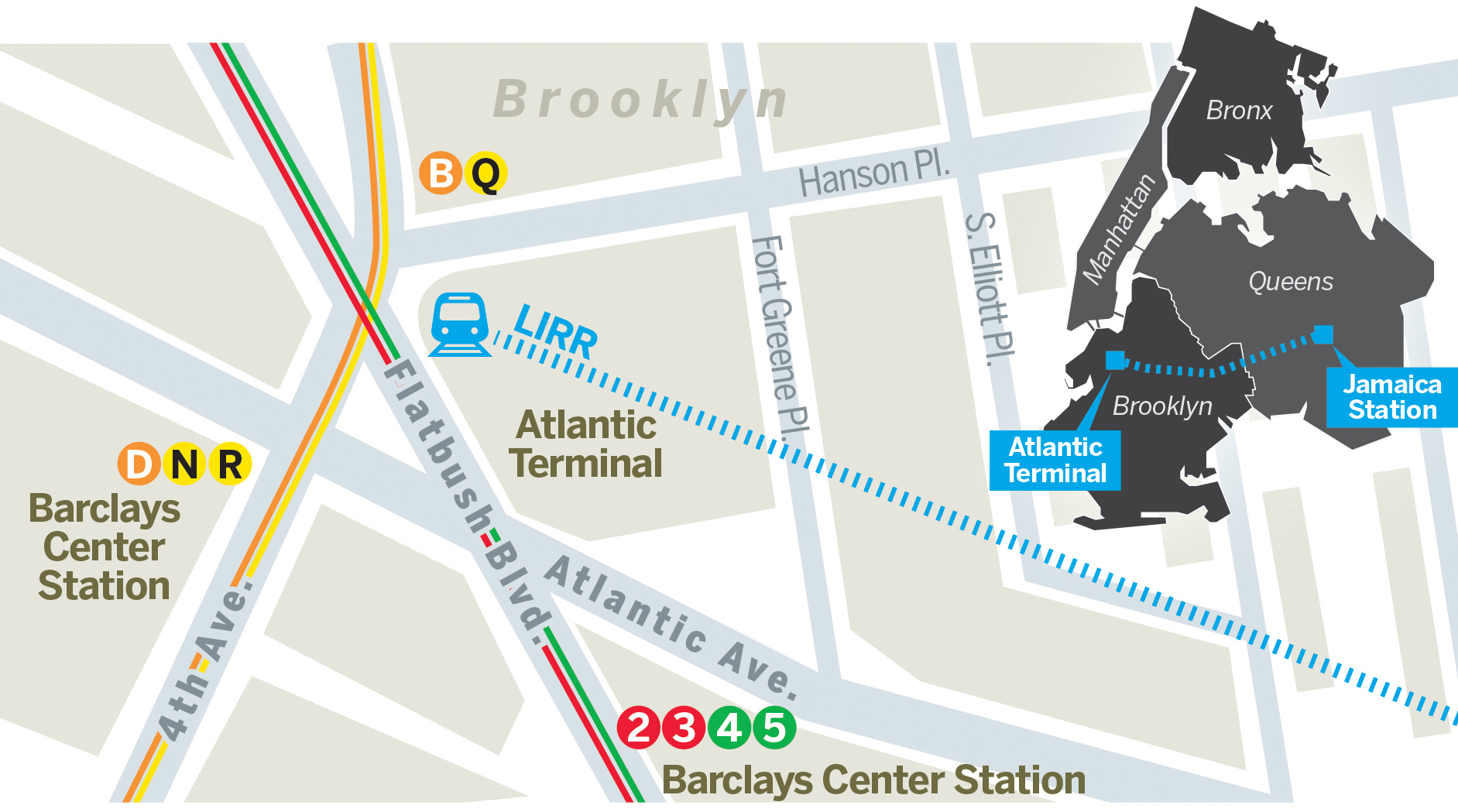 Upside: Easy access for commuters from the East Side; double-decker trains.
Downside: This option only works during peak hours.

The LIRR’s little-used third New York City terminal may be a good option for some LIRR commuters, especially those working on Manhattan’s East Side. Grand Central Terminal is a short subway ride away on the 7 line, which is cross-honoring LIRR fares during peak hours.

However, relatively few trains run to and from the outdoor Queens station, and then only during peak hours — 6 to 9:30 a.m. and 3:30 to 7 p.m. Even fewer trains run to another station just west, Long Island City.

Because only diesel trains run to and from Hunterspoint Avenue, there’s a good chance you’ll have to transfer at Jamaica. On the upside, the double-decker diesel trains are more spacious and comfortable than most. 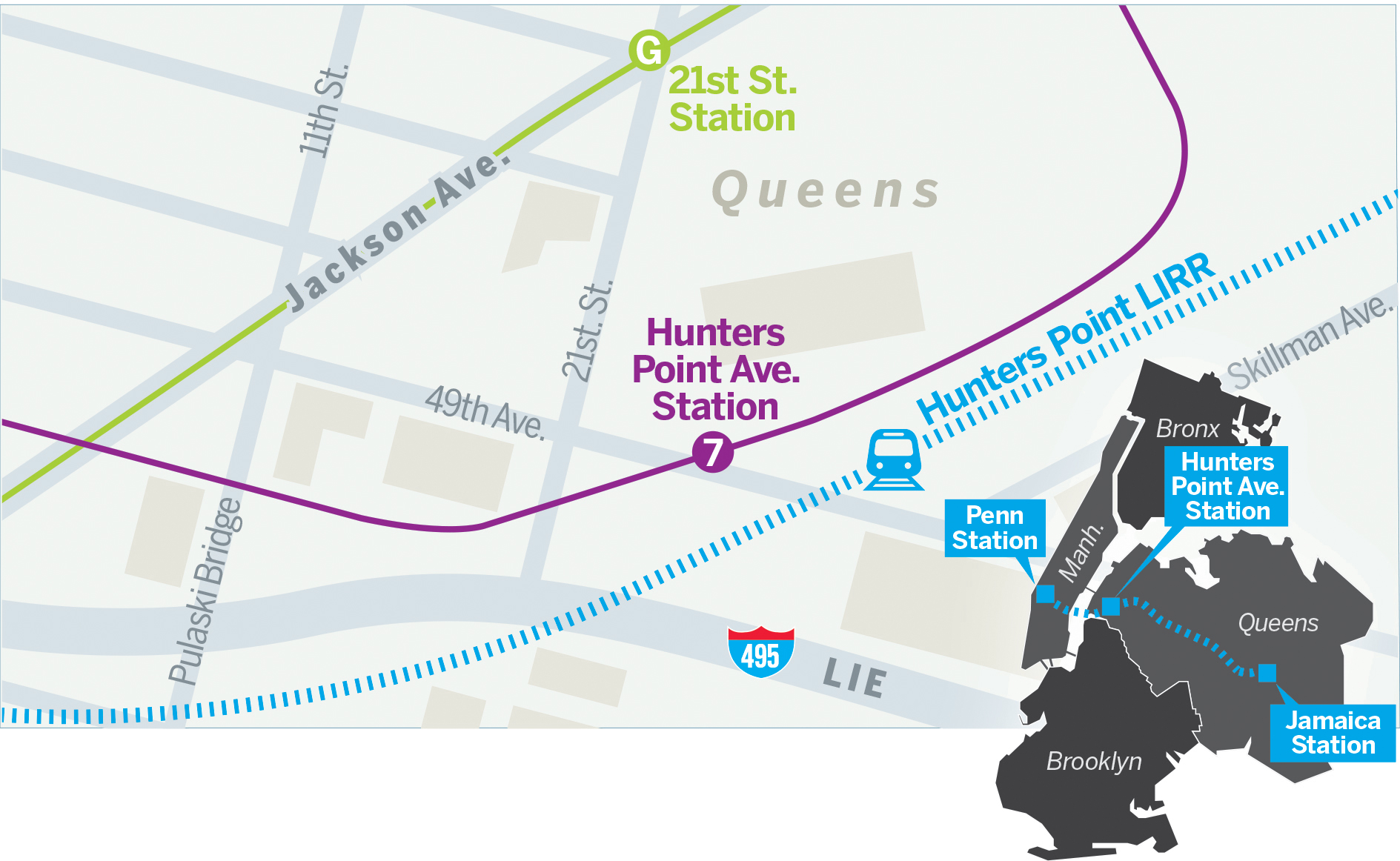 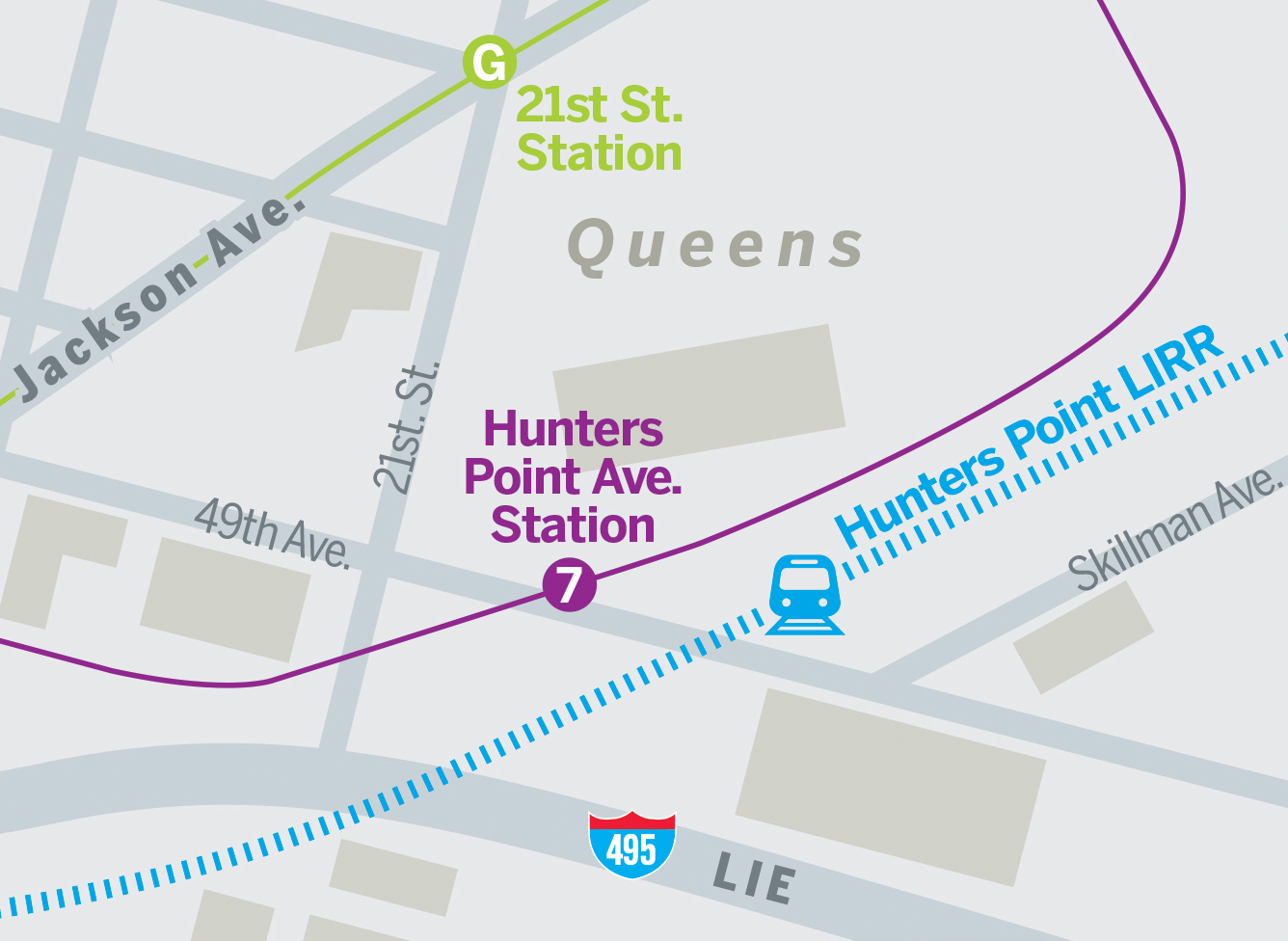 Upside: More trains mean a better chance of getting on one.
Downside: Heavy crowds for trains means you might not get one.

Even with several rush hour cancelations, the LIRR still runs more trains to and from Penn Station than other stations. So, for some commuters, it may be their best option.

Expect heavier crowds than usual at Penn and on trains, and delays.

Riders should download the LIRR’s free Train Time app for real-time updates on delays and cancellations and sign up for email and text-service alerts at mymtaalerts.com. 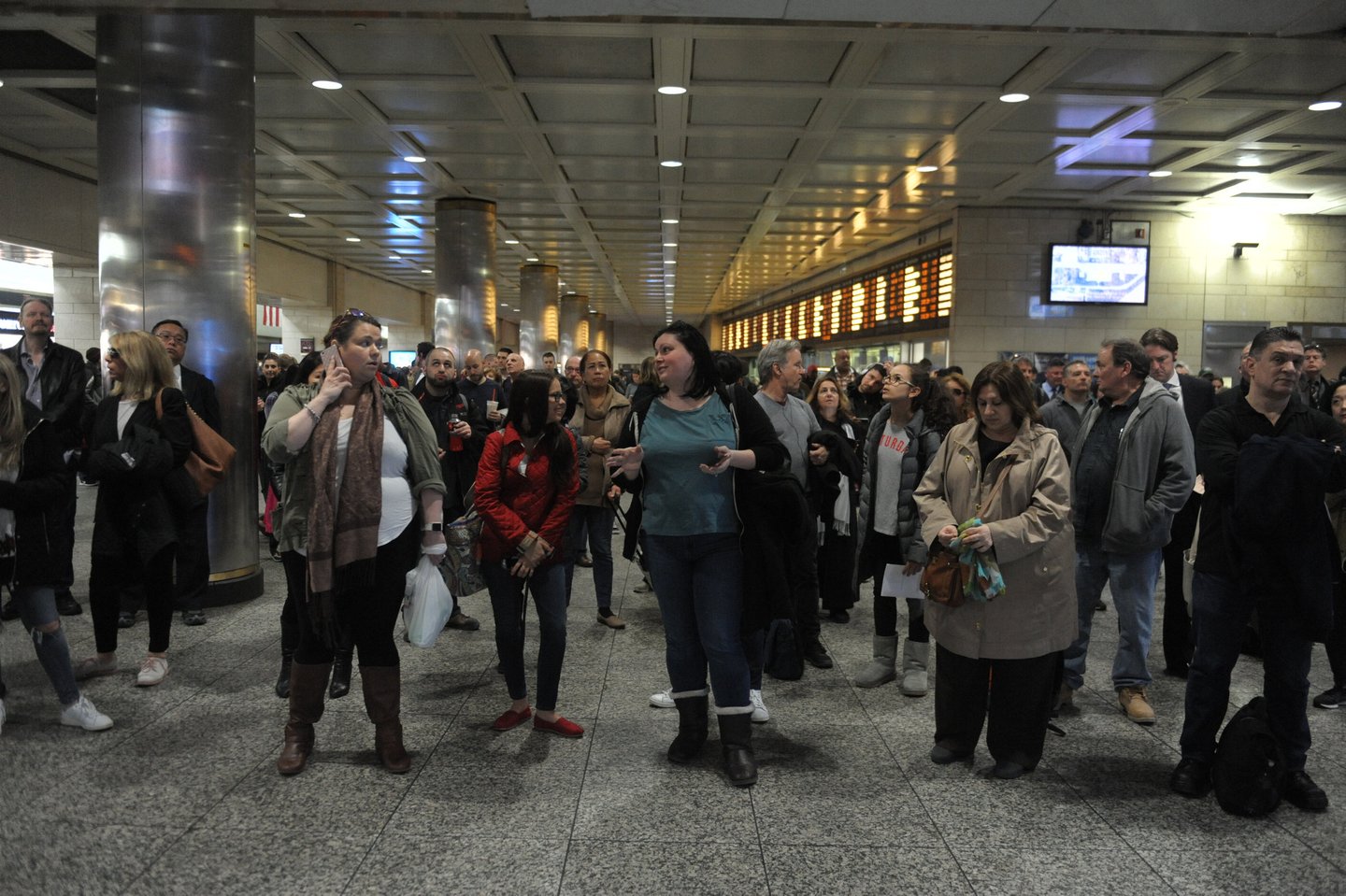 Upside: Traveling via other mass transit is likely more predictable, and cheaper.
Downside: You’ll add hours to your trip.

Some commuters have other options including driving, taxis, ride-sharing services, the subway or, if they’re lucky, telecommuting.

If you’ve got the time, but want to keep the cost of your commute down, you can take the E, J and Z trains to Jamaica, Queens and connect to your LIRR train there. There are also several NICE Bus routes that operate out of Jamaica and offer free transfers from the subway for MetroCard users. They include routes serving Hempstead, Great Neck, Mineola, and other communities along the way.

Some buses even offer Wi-Fi connections and USB charging stations. Traveling by bus could add hours to your trip, but it may also be a little more predictable.