There’s often more than one railroad to blame when Long Island Rail Road service is disrupted at the height of the evening rush hour at Penn Station.

Although the LIRR operates the majority of trains running into and out of Penn — the busiest rail hub in the country — the station, its tracks and the tunnels leading to and from the terminal are owned and maintained by Amtrak. The railroad took control of the station from the bankrupt Penn Central Transportation Co. in the early 1970s.

The peculiar arrangement has long fueled tensions between Amtrak and the LIRR’s parent agency, the Metropolitan Transportation Authority.

MTA Board members have, over the years, repeatedly called for the authority to take over Penn, arguing that its own workforce is better equipped to address maintenance and repair issues, and would give them higher priority because of their direct effect on LIRR customers. 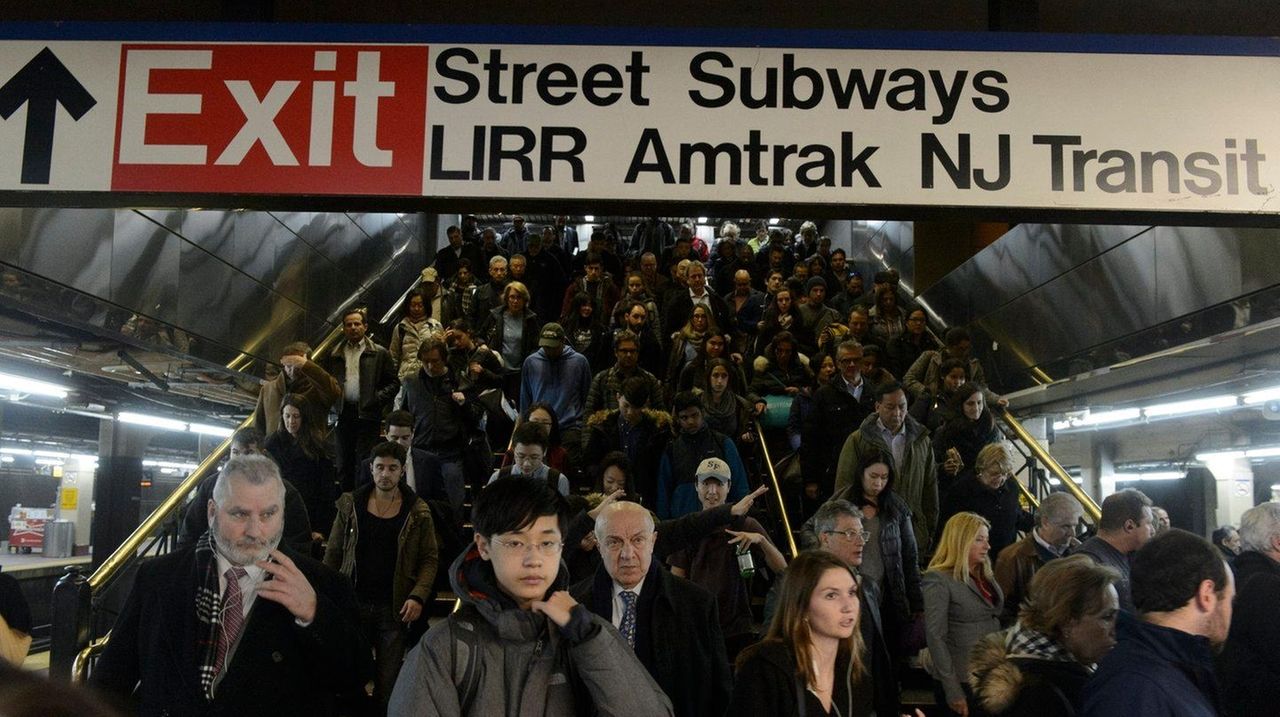 Long Island Rail Road passengers head to a Port Washington train at Penn Station after a broken rail caused delays on Jan. 11, 2017. Amtrak crews were working to repair the rail outside one of Amtrak's East River tunnels. Credit: Charles Eckert

Past efforts to improve the working relationship between the two rail providers included a push by the LIRR Commuter Council and by Sen. Chuck Schumer (D-N.Y.) to include an LIRR riders’ representative on the Amtrak Board of Directors.

Who foots the bill?

Complicating matters further, even though Amtrak is responsible for maintenance and repairs in Penn and the tunnels, the LIRR foots most of the bill.

Under a nearly 30-year-old “joint facilities agreement,” maintenance costs are divided between Amtrak and the LIRR “in proportion to each party’s level of usage,” according to MTA documents. Amtrak runs 140 trains into and out of Penn on a weekday, compared with nearly 500 LIRR trains.

Clashes between LIRR and Amtrak in recent years have extended past routine service disruptions. The MTA has blamed Amtrak for recent delays in the construction of its massive $10 billion East Side Access megaproject, saying Amtrak has not provided the cooperation it promised, including by taking some tracks out of service on specified nights and weekends, and lending some of its workers to the effort.

Amtrak has said it is continuing to work closely with the MTA to minimize disruptions.

Future challenges for a strained relationship

The tensions between Amtrak and the LIRR could get worse once Amtrak commences a long-discussed plan to repair superstorm Sandy flooding damage in two of the four East River tunnels leading into and out of Penn Station.

Amtrak has said the repair work, which the MTA is largely funding through federal grant money, will require shutting each of the two affected tunnels for one year at a time. That could force the LIRR to reduce the number of rush-hour trains it operates, and magnify any unanticipated service problems that arise while one of the tunnels is down.

Some MTA officials have also expressed resentment over the state’s original plan to renovate the Farley Post office building adjacent to Penn into a state-of-the-art new train hall that would exclusively be used by Amtrak.

In September, Gov. Andrew M. Cuomo announced that he had persuaded Amtrak to share the new space with the LIRR, saying the original plan made “no sense for anyone.”

A new 255,000 square foot Train Hall at the Farley building will house passenger facilities for @LIRR and @Amtrak: https://t.co/bm8krckdU9 pic.twitter.com/kJA8NvnCc1

The expansion and reconfiguration of Penn Station could bring some relief for LIRR riders, as could the completion of East Side Access, which will provide the railroad a second Manhattan hub and an extra set of tunnels to and from Long Island. That project is set for completion by the end of 2022.

Read more about Amtrak’s relationship with the LIRR.