Barclays Center may be a winner for the Islanders

As the New York Islanders head into the second round of the playoffs, it’s the Barclays Center that may be the big winner. After all, Islanders fans spent much of the season groaning – about obstructed views, the post-game wait for the Long Island Rail Road, and even the goal horn. Many longed to return to Nassau Coliseum, grabbing at any piece of news that might mean such a scenario was possible. There’s nothing like winning to change the tune. Fans at Sunday’s Game 6 compared the bedlam with some of their best memories at the Coliseum. Tickets officially go on sale on Thursday for Round 2 against the Tampa Bay Lightning, but season-ticket holders are already selling their seats on Stubhub, where those obstructed-view seats are being sold for upward of $100. Better seats are going for two or three times that – and far more for premium spots in the arena. A few more wins on Brooklyn ice – never mind a Stanley Cup – and the Coliseum may be just a fond memory. — Randi F. Marshall

Maybe attempts by Nassau Republicans to link Todd Kaminsky to NYC Mayor Bill de Blasio, the liberal bogeyman, weren’t so far-fetched. Last-minute donations of nearly $180,000 appear to have been directed by the mayor’s campaign operation to the Nassau Democratic Party to benefit Kaminsky in last week’s special State Senate election. Kaminsky’s apparent narrow win – still contested by GOP opponent Chris McGrath – could begin to tip the balance of power in the Republican-led Senate. According to an Albany Times-Union story on Tuesday, de Blasio’s chief fundraiser, Ross Offinger, arranged for $50,000 to be wired from A&J Contracting to the county party’s account on April 7. It’s not clear yet what the Delaware-registered company is, who its principals are, and what it might have to gain. Reports Monday said that the Communications Workers of America, a de Blasio ally, gave $109,000 to the Nassau Democratic Party, also in the final days leading up to the vote. The Times-Union said that donation, along with $20,000 from developer William Lie Zeckendorf, also was arranged by Offinger. The de Blasio administration is under scrutiny for possible campaign finance violations in several 2014 upstate Senate contests, but the practice seems to have continued in 2016. The mayor vehemently denies any wrongdoing. But the controversies are a symbol of the power of money in politics, something Kaminsky, a former federal prosecutor, who has built his reputation on battling Albany corruption, says he wants to change. — Anne Michaud 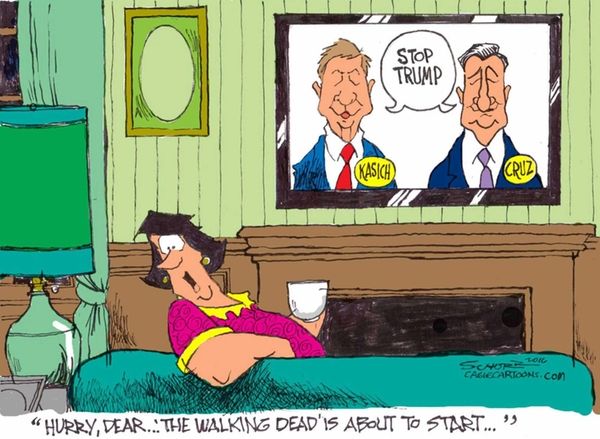 Suffolk is a good boss

Say what you want about Suffolk County government, but give it props as an employer: It’s better than Disney, IKEA, Microsoft, Intel and Nike. Suffolk came in at No. 52 on Forbes magazine’s annual list of America’s best employers, based on a survey of more than 30,000 U.S. workers at large employers who essentially were asked about their job satisfaction. The top four were Marathon Petroleum, Google, Costco and Wegmans. The highest-ranking municipal employer, the city of Austin, Texas, was No. 22. No, Nassau was not on the list … — Michael Dobie This is The Point, the editorial board’s daily newsletter about New York politics. Click here to subscribe.