The Aprils of A-Rod

Alex Rodriguez returns to the Yankees after being suspended by MLB for the 2014 season for his involvement with PEDs and Biogenesis. After the long layoff, and with two surgically repaired hips, how much does the 39-year-old Rodriguez have left? That's a question that can't be answered until the season starts when A-Rod faces major-league pitching in games that matter.

How will A-Rod be received by baseball fans?

That's a question many people think they already can answer. But what if Rodriguez produces early? Will he be forgiven quicker than if he struggles? A-Rod is a career .302 hitter in games played in April (and a few in March). Take a more in-depth look at the Aprils of A-Rod below.

An expanded look at how Rodriguez has been in March and April each year of his career.

A-Rod started all but one of the games he’s played in March/April. On April 18, 2012, Rodriguez pinch-hit for Russell Martin to lead off the ninth inning with the Yankees trailing the Twins, 6-4. He grounded out to third base. Derek Jeter followed with a solo home run, but the Yankees lost, 6-5.

Rodriguez scored 20 or more runs in March/April nine times in his career.

Of A-Rod’s 96 home runs in March/April, he has hit the most against the Los Angeles Angels with 13.

Of the seven times A-Rod has hit below .300 in the opening month of the season, four have occurred since 2008.

A-Rod has reached base at least one-third of the time in March/April every season he’s played at least three games.

March/April is the second best slugging month for A-Rod in his career, trailing August’s .599. 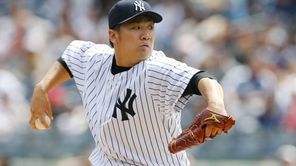