Democrat Kathleen Rice holds an early 18-point advantage over Republican Bruce Blakeman in their race for Nassau’s 4th District congressional seat, with the spread largely driven by her higher level of name recognition and cross-party support, according to a Newsday/News 12/Siena College poll.

Rice, the third-term Nassau district attorney, led Blakeman, a former county legislative leader, 55 percent to 37 percent among 596 likely voters — with 8 percent saying they were undecided or had no opinion. The candidates were close among independent and minor-party voters, but 32 percent of Republicans said they backed Rice, while only 12 percent of Democrats went for Blakeman. The two are vying to succeed Rep. Carolyn McCarthy (D-Mineola).

The poll was conducted Sept. 10-15, with a margin of error of plus or minus 4 percentage points. To see more results, click here.

Who would you vote for today between Kathleen Rice and Bruce Blakeman?

Among national issues, respondents identified jobs, taxes, and wars and turmoil in the Mideast as the three most important. A majority of them said they have an unfavorable opinion of both Democratic President Barack Obama (54 percent) and the Republican-controlled House (57 percent).

But when it came to Rice and Blakeman, the poll showed vastly different name recognition. Only 13 percent of respondents said they did not know or had no opinion about Rice, the top county prosecutor since 2006.

She is viewed favorably by 59 percent of the likely voters and unfavorably by 28 percent.

But 52 percent said they didn’t know or had no opinion about Blakeman, who, as presiding officer of the county legislature, last held elected office in 1999. Blakeman, a lawyer who has also run for state comptroller, New York City mayor and U.S. Senate, had equal 24 percent “favorable” and “unfavorable” responses.

“When 52 percent [of likely voters] do not have an opinion on you, it’s a tough place to be,” Donald P. Levy, director of the Siena Research Institute, said of Blakeman. “Rice has a well-known record and his name recognition just doesn’t stack up.”

Which issue is the most important one you’d want your member of Congress to be working on?

Levy called the low number of respondents who said they didn’t know Rice “dramatic” for a non-incumbent. But noting the poll’s early timing, he said Blakeman has time to build his profile and lower Rice’s favorable ratings.

Blakeman released his first television ads last week, but 72 percent of poll respondents said they had yet to see or hear a commercial, or be contacted by, the Blakeman campaign.

“Long Island is a tougher market to get your message across,” Levy said, “but, in a sense, he can only go up.”

The poll, which will serve as a benchmark for a follow-up in mid- or late-October, was conducted with 36 percent Democrats, 33 percent Republicans and 25 percent independent or minor-party voters — reflecting the political makeup of the 4th Congressional District, where Democrats outnumber Republicans by 34,000.

Nearly half of respondents identified themselves as political moderates, rather than liberals or conservatives.

Rice spokesman Eric Phillips said “the race is breaking this way because Kathleen has been focused on how to create jobs, reduce middle-class taxes and make college more affordable.”

On her name recognition, he added: “It’s clear that voters know Kathleen’s record and they trust her independence.”

But Blakeman spokesman Matt Coleman countered that beyond head-to-head results, respondents’ focus on the economy — and rejection of Obama — indicates that “voters share Bruce’s vision for the future.”

“This poll clearly shows that neighbors want a representative who will change Washington — not be a rubber stamp for the Obama-Pelosi status quo,” Coleman said.

Asked who they thought would do a better job on several specific issues, respondents chose Rice each time, including 48 percent to 32 percent on health care, even though more (47 percent to 41 percent) back repealing the Affordable Care Act, which Blakeman wants to do, over keeping it as the law.

Blakeman performed best on the tax question, with Rice being chosen by only a 6-point margin, 42 percent to Blakeman’s 36 percent.

But Levy said “perhaps the most hopeful” poll question for Blakeman was when the survey asked which party respondents wanted to see in control of the House. Forty-six percent chose the GOP and 46 percent chose Democrats, with 7 percent saying “don’t know/no opinion.” Among independent or minor party voters, 58 percent favored a GOP-led House.

“He’s got to demonstrate that he’s the guy they’re thinking of when describing the composition of Congress,” Levy said of Blakeman. “He’s got to introduce himself emphatically and aggressively to the voters, against someone who is well-known and well-liked.”

In interviews, a sampling of poll respondents largely echoed the overall results: They had already formed an opinion on Rice, positive or negative, but do not know Blakeman.

Elena Velasquez, 74, of Hempstead, is a registered Democrat and a retired real estate broker, who said she is unhappy with all politicians.

“I am not impressed by Rice, but I don’t know anything about this Blakeman guy,” Velasquez said. “I’ll try to learn more about him, but if I can’t, I may not even vote.”

But John Rezak, 57, of North Bellmore, a registered Republican and information technology director at a local school district, said that he supports Rice.

“She has more experience. I like her stance on justice, going for higher punishment and overall doing a good job,” Rezak said. “I really don’t know much about Blakeman.”

The Siena Research Institute interviewed 596 likely voters in New York’s 4th Congressional District, who were selected at random from a pool of registered voters.

Researchers polled voters from Sept. 10 to 15 via landline telephones and cellphones. They collected responses from a sample of voters reflective of the district — 36 percent Democrat, 33 percent Republican and 25 percent independent or some other party.

The margin of error for the poll is plus or minus 4 percentage points. 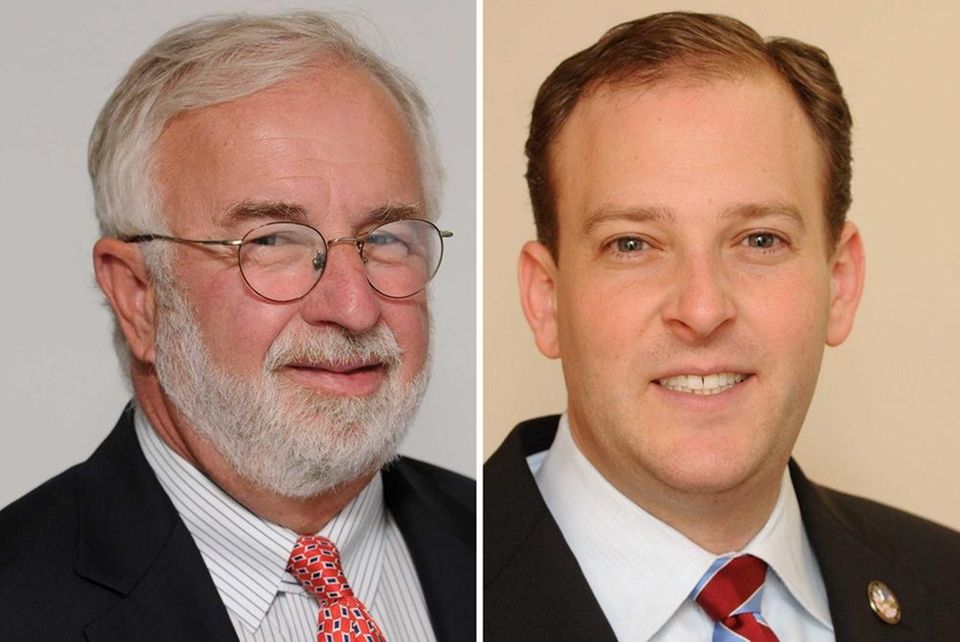