Sen. Jack Martins holds a 15-point lead over Democratic opponent Adam Haber in the race for New York’s 7th Senate District, even as Haber has shored up support among Democrats over the past month, according to a Newsday/News 12/Siena College poll. 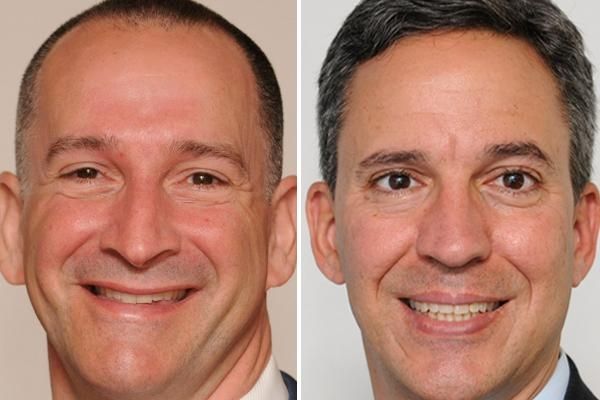 Martins, a two-term Mineola Republican, leads Haber, an East Hills businessman, 52 percent to 37 percent, according to a survey of 423 likely district voters. Eleven percent of voters were still undecided or had no opinion.

The poll, conducted Oct. 16 through Oct. 21, has a margin of error of plus or minus 4.8 percentage points.

The results follow a benchmark poll conducted Sept. 28 and 29 which showed Martins leading Haber by 25 points.

Who would you vote for today between Adam Haber and Jack Martins?

“We anticipated the gap would close,” said Donald P. Levy, director of the Siena Research Institute. “Even though Haber ran countywide [for Nassau County Executive], he’s still a newcomer. Martins is not a long-time sitting incumbent, but he’s the incumbent, to see a gap of that size close in a three-week period makes sense.”

Haber, a Roslyn School Board member, has increased his name recognition and secured more support among his party compared to the last poll, “but for Haber, 15 points is a pretty steep hill to climb with two weeks to go until the election,” Levy said.

Last month, 55 percent of respondents had no opinion or were unaware of Haber’s candidacy, a number that has decreased to 34 percent. His campaign has aired two TV ads and spent $801,285 on campaigning — compared to $405,370 spent by Martins — through Sept. 29, according to the latest state campaign finance records.

In the current poll, 72 percent of Democrats said they would vote for Haber, up from 53 percent in September. “Democrats are paying more attention now, but [Haber’s] lost ground among independents,” Levy said.

How likely would you say you are to vote for Adam Haber or Jack Martins?

Martins’ campaign spokesman E. O’Brien Murray said that despite Haber outspending Martins, he “is down 15 points with 12 days to go in a district with 20,000 more Democrats than Republicans.” The district covers central Nassau and North Shore communities, including Mineola and Hicksville.

Regardless of your support, which candidate do you think has waged the more negative campaign?

“Adam Haber is rapidly closing the gap in this race and has all the momentum heading into the remaining days of this campaign,” Tugendrajch said.

While both candidates have traded attacks on their environmental records and their position on abortion, 33 percent of respondents said Haber has been waging a more negative campaign compared to 17 percent for Martins. Forty percent of respondents said they had no opinion or were unaware of any negative campaigning, which indicates “this campaign hasn’t quite seized the interest of the electorate,” Levy said.

Paul Hanson, 30, a Republican and a licensed real estate agent from Floral Park, said he plans to vote for Martins because he believes Haber, who is also running under the Women’s Equality Party line, is too liberal.

“Haber is trying to make the race about abortion and the so-called women’s equality agenda, but it’s fraud, its not something that anyone is serious about,” Hanson said.

Alexandra Berkley, 38, a Great Neck Democrat said she planned on voting for Haber because he has made women’s issues a signature point of his campaign.

“I think he’s a good guy,” said Berkley who works as a fundraiser for a non-profit. “He’s very vocal on women’s issues and it’s always nice to have an extra voice supporting these issues.”