SEARCH
TODAY'S PAPER
60° 9/26/2021 Good Morning
SEARCH
60° 9/26/2021 Good Morning
LOG IN
SUBSCRIBE NEWSLETTERS
LOG OUT
MANAGE MY ACCOUNT ACTIVATE MY ACCOUNT
This year’s Extraordinary Seniors are all C students. Not from an academic standpoint — their grades are as upstanding as the students are creative, compassionate and conscientious. All 12 of them — selected from dozens of nominations submitted by guidance counselors, principals and teachers across Nassau and Suffolk counties — are motivated to learn more and blaze trails for fellow schoolmates, future high schoolers, veterans and people they may never meet. Their altruism is good for those on the receiving end in particular, and the world they are about to go into in general. Read their full stories here.
Featured Seniors 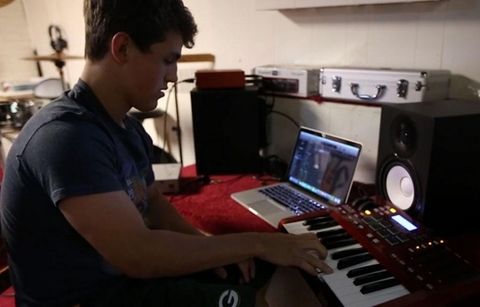 Credit: Jessica Rotkiewicz
Bobby Menges was 5 years old the first time doctors diagnosed him with neuroblastoma, a rare and potentially lethal cancer. He was 9 the second time. In between the cancer bouts, he broke a leg so badly that his femur stopped growing. Treatment involved re-breaking the leg and would not have been out of place in a medieval dungeon: “They stuck metal pins in the bones, and every day I’d turn the little knobs on the contraption to pull the bones apart a little bit,” he recalled. Menges, now 17, is cancer-free, sound of limb and deeply changed by what he went through. “It changed my mentality,” he said. “I don’t like to let days go by when I’m unproductive. I feel like I always have to be doing something because I understand that life is short and you have to use everything up.” Read more.

Official: Vivian Utti is going to be somebody 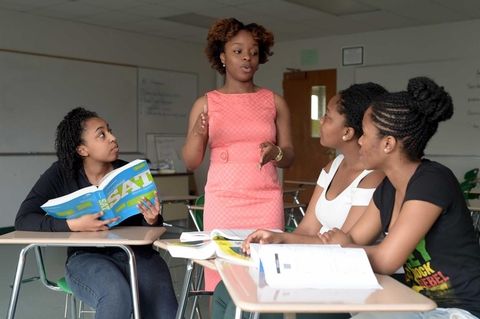 Credit: Audrey C. Tiernan
Vivian Utti is quite familiar with the concept and application of paying it forward. The proof is in her dedication to serving her fellow students at Elmont Memorial High School and those in her surrounding community of Valley Stream. Utti, 17, logged more than 100 hours of community service this year as a Key Club member doing food drives around Elmont, volunteered to work in soup kitchens with the Leo Club of Valley Stream — a youth extension of the service organization Lions Club, and tutored students in math and SAT prep. She is editor-in-chief of the school paper, The Elmont Phoenix, and as president of the Future Business Leaders of America, she helped her team secure second place in business presentation at a state competition. Read more. 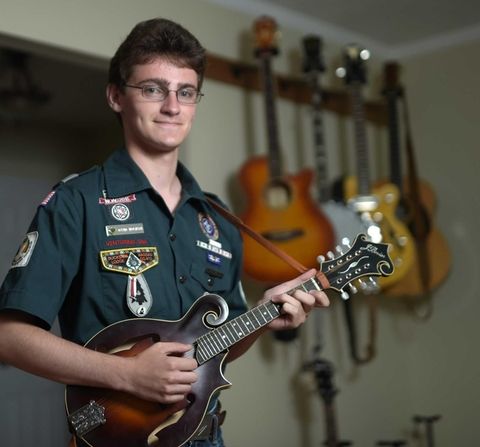 Credit: Audrey C. Tiernan
David Wolmark had always challenged himself academically, but when a serious hiking accident had him laid up in bed for most of his junior year, he excelled in and out of the classroom. In the summer of 2013, Wolmark was leading an expedition through the boundary waters of Minnesota with the Boy Scouts of America. As an Eagle Scout he was an experienced hiker, but during that trek he slipped on rough terrain and fell hip-first into a rock. Not wanting to abandon his crew, Wolmark continued on the trail, using canoe oars as crutches. After hiking in pain for 13 miles back to the base camp, he had emergency surgery to repair his left femoral neck, the uppermost part of the thigh bone. “My life was turned upside down,” said Wolmark, 17, of Port Washington. Read more. 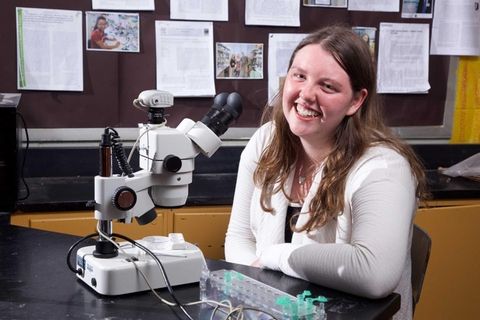 Credit: Ed Betz
Colleen Flynn has a dream and a dream school, and she’s not giving up on either one. Flynn was accepted at 17 high-ranking colleges but not her top choice — the University of Pennsylvania. Undeterred, she turned down all 17 offers and plans to reapply to UPenn after studying at Suffolk County Community College for six months. “It’s about the right fit,” she said. “I’m very stubborn and I’m also very frugal, so I don’t want to invest in a college where I know I’m not going to be happy and it’s going to be too much of a financial burden for my family and myself.” Flynn’s determination was born of tragedy. When she was 13, her mother, Maureen, was diagnosed with triple negative inflammatory breast cancer and later died. Accompanying her mother to Boston for clinical trials, Flynn, a resident of Commack, became fascinated by science but also inspired by young cancer patients. Read more. 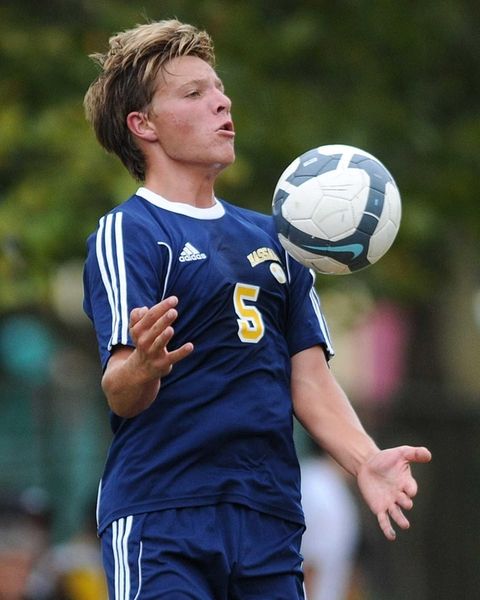 Credit: James Escher
Nicholas Vinberg took a rare day off from school two years ago — on May 24, 2013, to be exact. The date marked the funeral for Jonathan Kaloust, 23, a Massapequa alum and Navy SEAL who was killed when his Humvee overturned during a training accident in Kentucky. Vinberg, a patriotic teen from Massapequa Park with a self-proclaimed “strong calling” to serve the United States, wanted to honor the late SEAL in his own way despite never having met Kaloust or his family. He walked to town holding an American flag and stood for five hours across the street from the service at the Massapequa Funeral Home. “My heart was broken, so I asked my mom if I could take off from school and she didn’t think twice,” Vinberg, 18, said. “Whenever I hold a flag, I’m doing it for all the people who are giving their lives.” Read more. 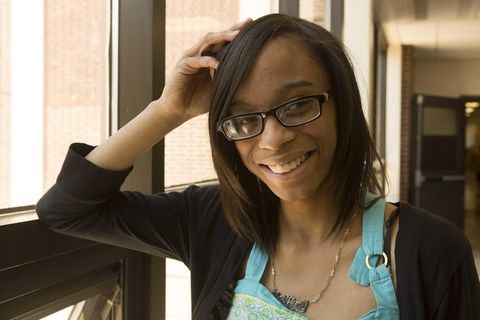 Credit: Jessica Rotkiewicz
La-Niyah Ortiz wasn’t the only one who was nervous on her first day at Bay Shore High School. Ortiz is legally blind and spent most of her education in specialized settings that were well-equipped to accommodate her. Ortiz, 18, is a twin who was born prematurely. She was diagnosed with retinopathy of prematurity, abnormal blood vessel development in the retina of the eye. It occurs in infants who are born too early and is a degenerative condition. She also has nystagmus, rapid involuntary movement of the eyes. As she entered her senior year, educators agreed to send Ortiz, of Bay Shore, to public school, where she would have to learn to be more independent and advocate for herself. She was unsure about the change. Read more.

Josh Landsberg gives up pizza to cope with disease 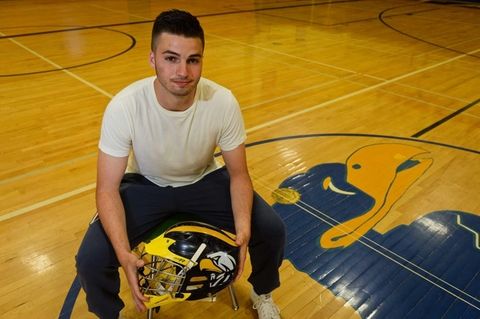 Credit: Steve Pfost
Josh Landsberg wasn’t prepared to give up the pizza and hero sandwiches that had long been a staple of his diet, fueling the four-sport athlete and scholar after rigorous workouts and study sessions. But that’s exactly what he had to do after he was diagnosed with celiac disease in the 10th grade. The hereditary autoimmune disorder is what had long made him have difficulty processing gluten, a protein found in rye, barley, wheat, couscous and other grains and starches. Though it was tough for him to adjust to a new diet, he told friends not to worry, that there were people in the world with far greater burdens. Read more. 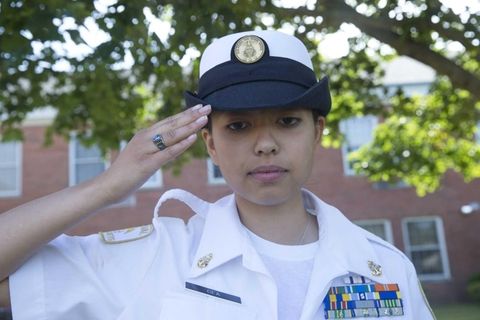 Credit: Randee Daddona
Inspiration was close at hand when Brianna Cea needed an idea worthy of a Girl Scout Gold Award. Thoughts of the military, patriotism and public service came to mind, probably because they’re in her DNA. Cea, 17, is a chief petty officer in the United States Naval Cadet Corps at Ward Melville High School in East Setauket. Her father, Brian, is a New York police sergeant who served in the Air Force and Army Reserves. He is also a descendant of Josiah Bartlett, a physician, Revolutionary War patriot and New Hampshire governor who was a signer of the Declaration of Independence. The Gold Award is the Girl Scout’s highest honor. To earn hers, Cea, of East Setauket, completed a twofold project — the Operation Sisterhood campaign to bring more awareness to the roles of women in the military, and the Patriot League club, which promotes dedication to those who serve their country. Read more. 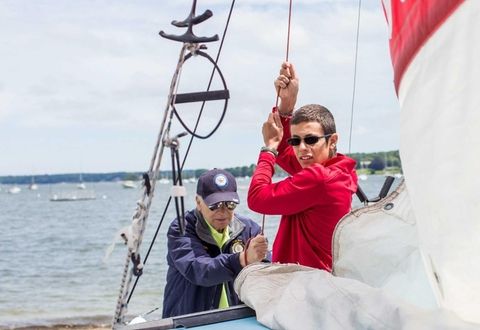 Credit: Jeremy Bales
Kilian Duclay knows well the power of the sea. It has a hold over him that he wants others to feel, too. Duclay, a student at Walt Whitman High School in Huntington Station, has spent the past two years introducing military veterans to his family’s pastime, sailing on Oyster Bay, as a form of therapy. “It clears my mind,” Duclay, 18, said of sailing. “I don’t think of anything. That’s a reason why we decided to bring veterans, PTSD-suffering veterans. If it’s therapeutic for us, it must be therapeutic for them.” Read more.

Unpretentious Jennifer McDermott does it all 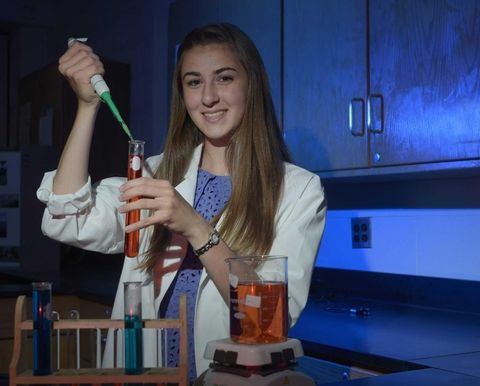 Credit: Audrey C. Tiernan
Jennifer McDermott has the skepticism of a scientist, so when she learned she was accepted to the prestigious Massachusetts Institute of Technology, naturally she spent an entire day thinking it was a mistake. On March 14, the unofficial holiday celebrating the mathematical constant Pi, the university released its admission decisions on a special website. When McDermott logged on and saw she had made the cut, the computer crashed and she was unable to go back to confirm her acceptance. “I didn’t believe it at all,” she recalled. “My mom started crying. Everyone was celebrating, but I really didn’t believe it. I didn’t tell anyone. I didn’t post anything on Twitter or anything. I was just so nervous,” said McDermott, 18, of Shirley. Read more. 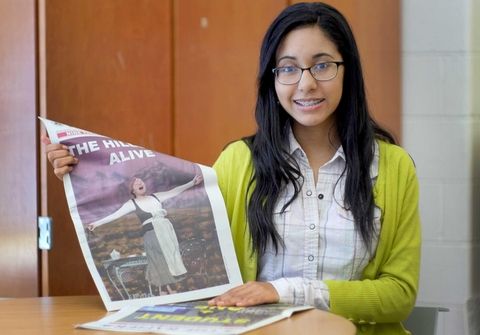 Credit: Chuck Fadely
Diana Guzman has a strategy for the new-kid jitters: She literally joins the club. Guzman arrived from the Dominican Republic three years ago. To combat the unease she felt from being in a new environment, one of the first things she did when she got to Central Islip High School was join the Multicultural Club. It worked so well for her that she encourages other immigrant schoolmates to do the same. “They were trying to raise awareness of the different cultures since we live in such a diverse place,” Guzman, 19, said of the club’s members. She enjoyed the multicultural interaction in the club so much that she started bringing some of her own ideas to the table. Read more. 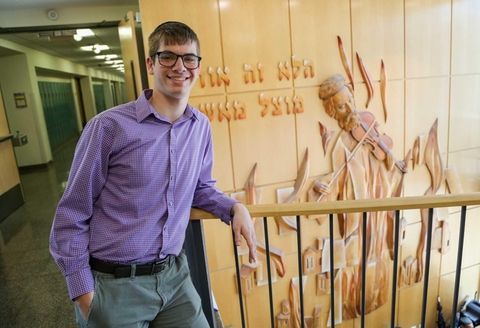 Credit: Barry Sloan
Yaakov Kaminetsky remembers his first meeting four years ago with a young boy he volunteered to tutor, because he found himself at gunpoint — Nerf gunpoint, that is. Kaminetsky was a freshman at Davis Renov Stahler Yeshiva High School for Boys in Woodmere when he began working with Moshe, a fourth-grader with attention-deficit disorder. Moshe, with his finger on the trigger, jokingly told Kaminetsky that there would be no homework done that evening. Eventually, the persistent Kaminetsky was successful in getting Moshe into his chair to work. Kaminetsky arrived at Moshe’s house every week for two-hour sessions, part of the required 120 hours of community service he needed to graduate. Read more. 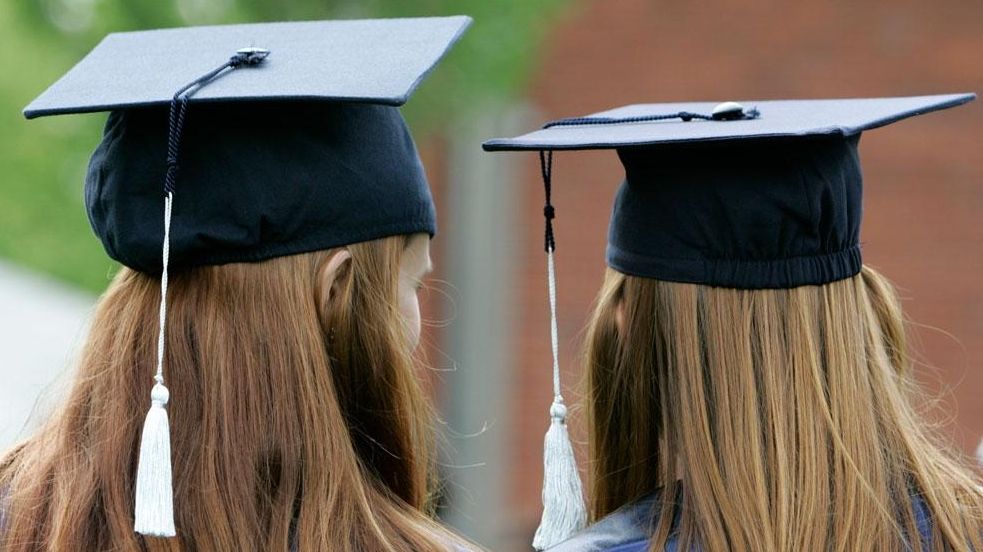 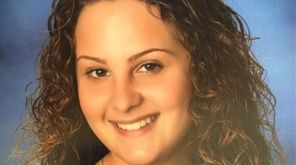 Write a message to your LI graduate