The Brady bill, passed in 1993, and the assault weapons ban, passed in 1994, were the last significant federal gun control measures signed into law in the United States despite dozens of mass shootings that have occurred since then.

In several cases, these tragic events moved lawmakers to propose tighter gun control regulations. After the Orlando nightclub shooting in June 2016, former president Barack Obama called for Congress to reinstate the assault weapons ban, which despite several attempts has not been renewed since it expired in 2004.

The following is a list of 18 notable mass shooting incidents in the United States and the legislative gun control proposals they inspired, if any. The list dates back to the Long Island Rail Road massacre in December 1993, which helped spur Congress to pass the assault weapons ban.

Use the arrows to the right of each section to navigate through this project. 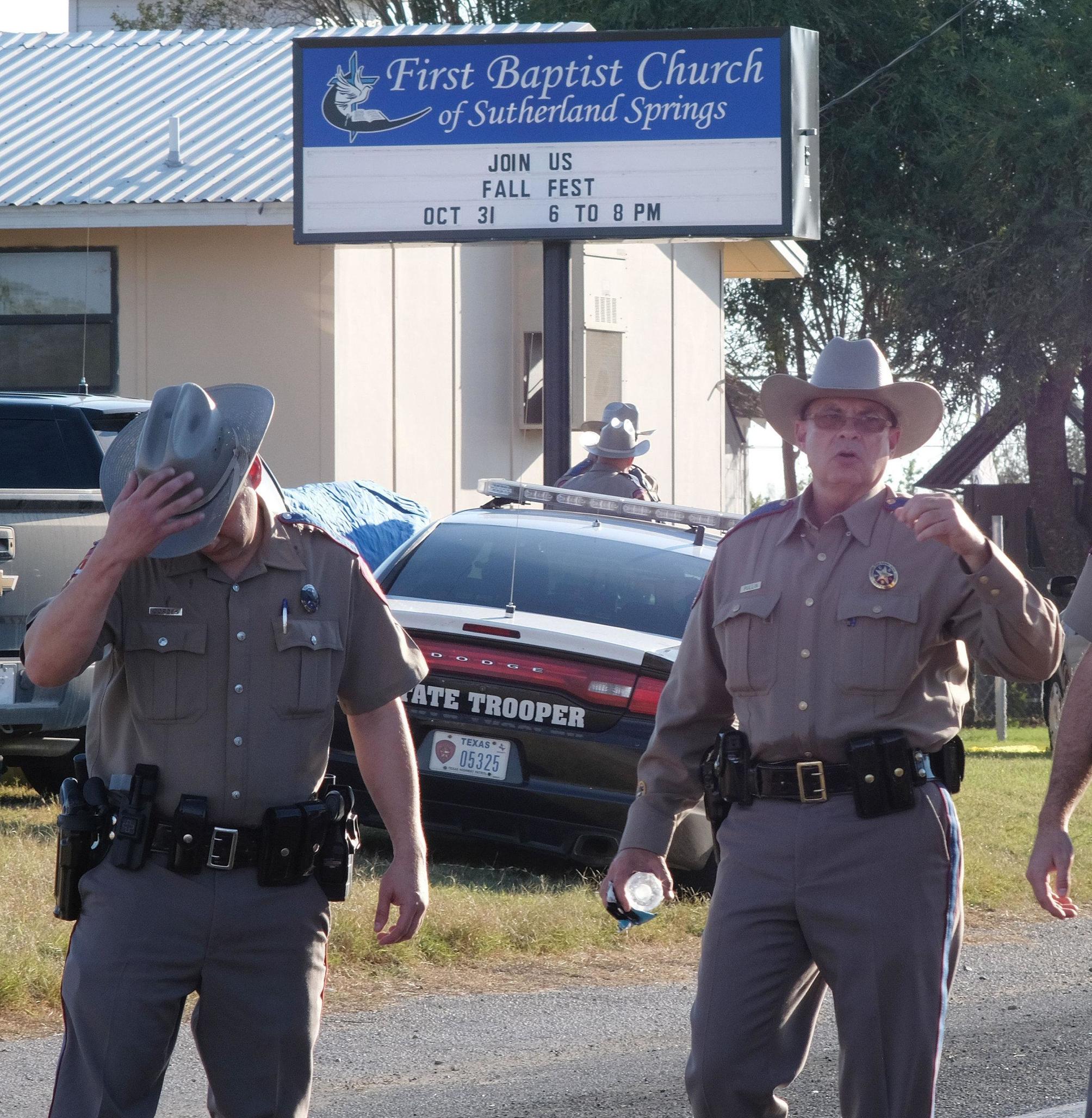 Devin Kelley wore tactical gear and a ballistic vest when he fired at least 450 rounds at worshippers in the First Baptist Church.

As Kelley left, he was shot by an armed resident, Stephen Willeford. Kelley was later found dead in his vehicle.

Investigators revealed that Kelley had past domestic violence offenses that would have prevented him from buying a gun, but the Air Force did not submit them to the FBI as required. Kelley was ousted from the Air Force for an assault on his ex-wife and her son in 2012.

Since the shooting, some politicians have called on the need for tighter gun restrictions while others have remarked on how more regulations may have kept Willeford from confronting the suspect.

“You might not have had that very brave person who happened to have a gun or a rifle in his truck go out and shoot him and hit him and neutralize him,” President Donald Trump said during a news conference Tuesday in South Korea. “If he didn’t have a gun, instead of having 26 dead, you would have had hundreds more dead.”

Sen. Chris Murphy (D-Conn.), who has emerged as one of the leading voices for gun control since his district was devastated by the mass shooting at Sandy Hook Elementary School in 2012, released an impassioned plea for lawmakers to enact gun control laws.

“As my colleagues go to sleep tonight, they need to think about whether the political support of the gun industry is worth the blood that flows endlessly onto the floors of American churches, elementary schools, movie theaters, and city streets,” Murphy said in a statement released hours after the shooting. 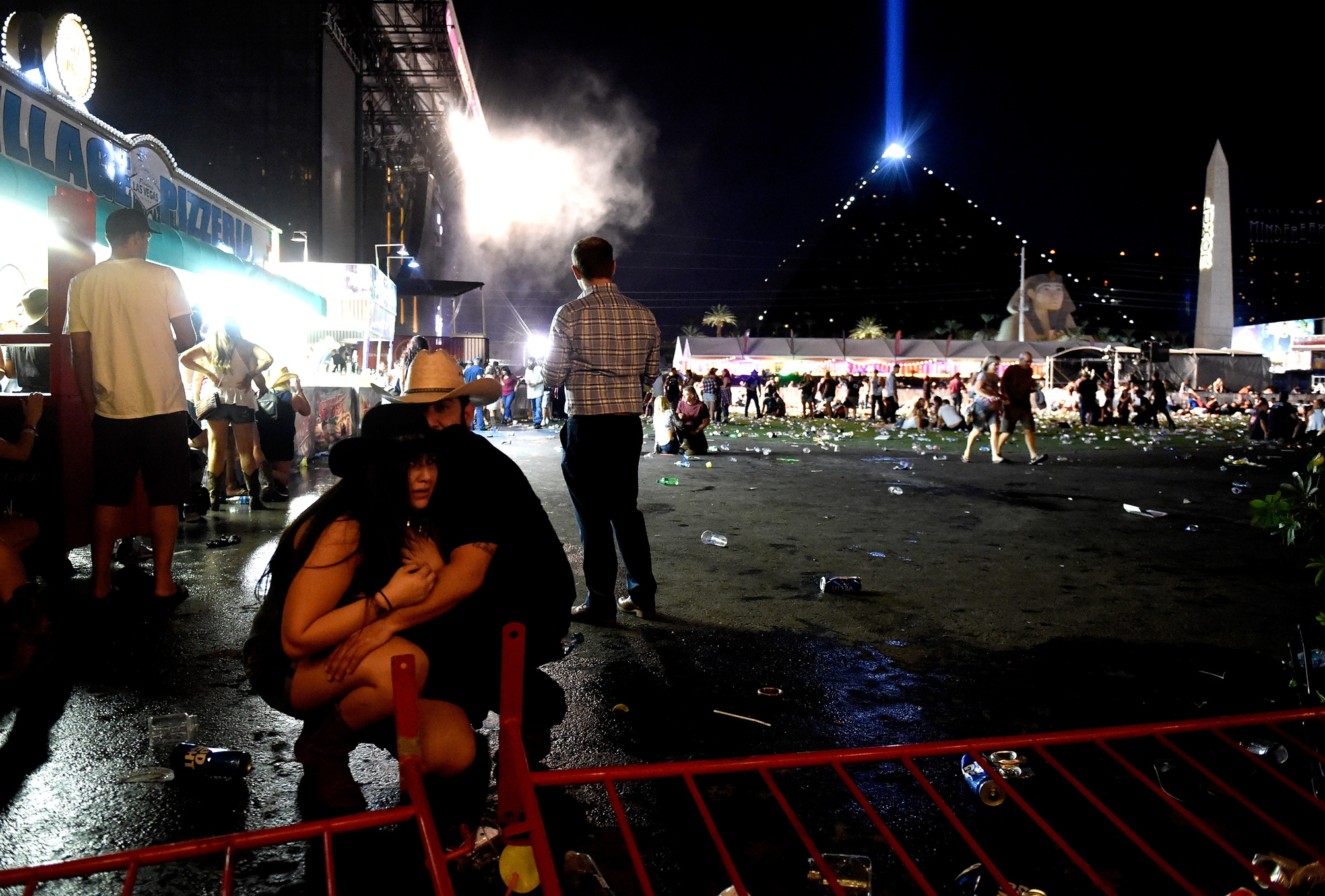 Stephen Paddock opened fire on people at an outdoor country music festival from his room on the 32nd floor of the Mandalay Bay Resort and Casino. Paddock, 64, of Mesquite, Nevada, then killed himself.

The incident, considered the deadliest mass shooting in modern American history, renewed the gun control debate. Since the tragedy, some legislators have focused on regulating bump fire stocks, an accessory that allows semi-automatic weapons to fire ammunition more rapidly.

Sen. Dianne Feinstein, D-Calif., introduced a bill to ban the gun accessory but is still searching for a Republican cosponsor, CBS reported. There are also two proposed bipartisan bump stock measures in the House. 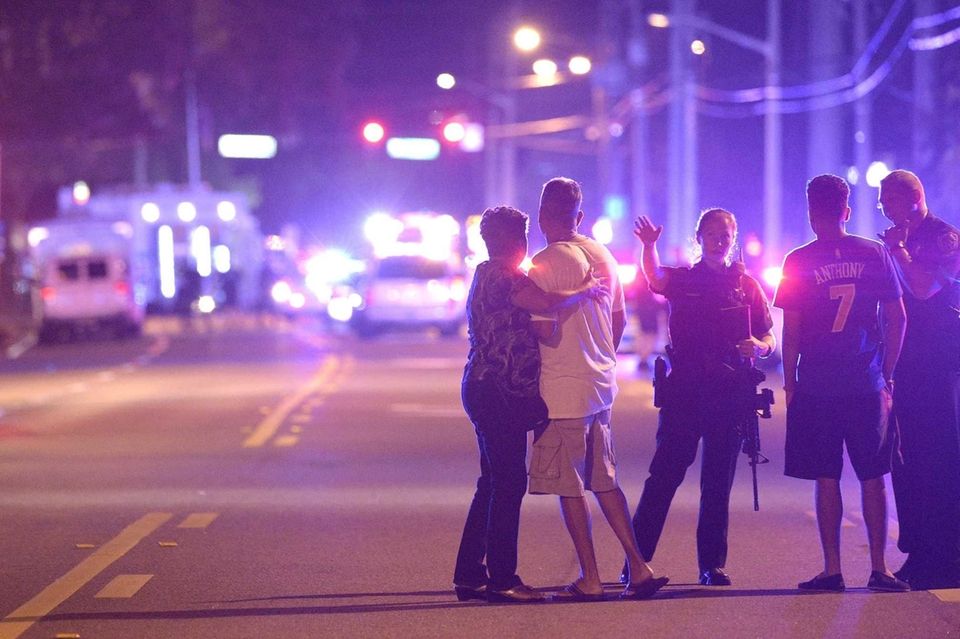 Omar Mateen used an assault rifle and pistol to open fire on more than 300 people at a gay nightclub. After a three-hour standoff, Mateen was killed by police.

Days after the shooting, a nearly 15-hour filibuster led by Sen. Chris Murphy (D-Conn.) forced a vote in the Senate on a batch of gun control bills. Four of the proposals were voted down the following week, mostly along party lines.

A measure from Sen. Dianne Feinstein (D-Calif.) to let the attorney general deny firearms to people on the terrorism watch list fell in the Senate 53-47. The Senate also rejected an alternative that would allow authorities to delay a gun sale to a suspected terrorist for three days or more if a judge ruled that there is probable cause to deny the sale.

A bill by Sens. Chuck Schumer (D-N.Y.), Cory Booker (D-N.J.) and Murphy to expand background checks failed, as did a Republican-sponsored bill that would increase funding to run background checks without broadening them. 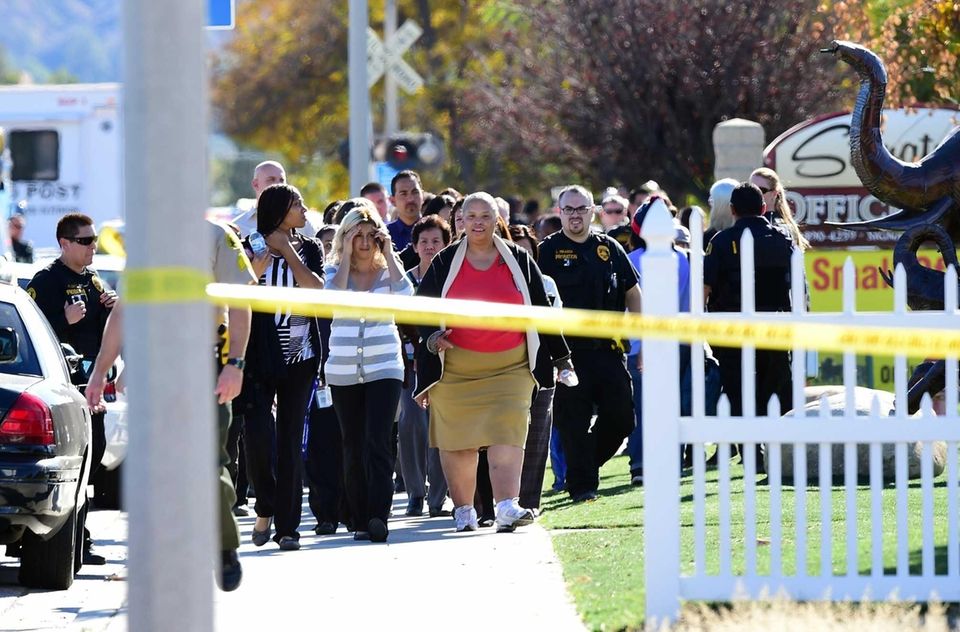 Syed Rizwan Farook and Tashfeen Malik opened fire at a social services center. Farook and Malik fled the scene and were later killed in a shootout with police.

A bill proposed in January by Sens. Chris Murphy (D-Conn.) and Richard Blumenthal (D-Conn.) would have repealed a 2005 law that protected gun manufacturers and sellers from liability lawsuits after shootings. President Barack Obama also pushed to pass legislation that would have prevented people on no-fly lists from buying guns. Neither proposal has been passed. 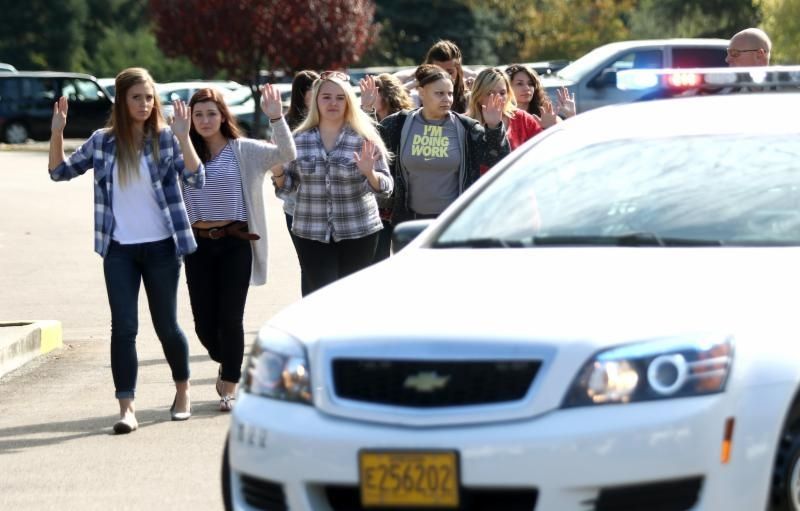 Christopher Harper-Mercer carried out his attack at Umpqua Community College. After exchanging gunfire with police, he killed himself.

In the days following the shooting, Senate Democrats rallied to push through a new slate of gun control legislation, including a bill by Sen. Richard Blumenthal (D-Conn.) that seeks to ban gun sales without background checks pending beyond three days. Rep. James Clyburn (D-S.C.) introduced a similar bill in the House following the massacre in Charleston. Neither bill has passed. 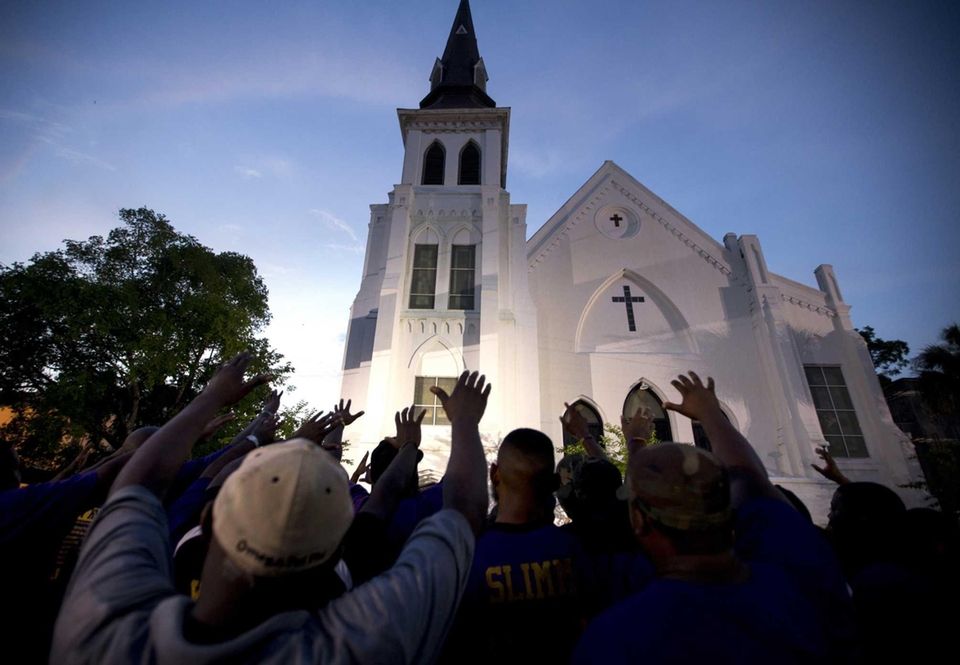 Dylann Roof allegedly shot and killed his victims in a racially motivated attack on a Bible study group at a historically black church in Charleston. Roof faces nine counts of murder in state court and dozens of federal charges.

Rep. James Clyburn (D-S.C.) introduced a bill to reform the background check process and to close what’s come to be known as the “Charleston loophole,” which allows firearm dealers to sell guns within three days unless notified by the FBI. The so-called loophole allowed Roof to purchase assault weapons since a background check that he would have failed wasn’t completed.

After stabbing three men to death in his apartment, Elliot Rodger fatally shot three University of California Santa Barbara students and injured seven other people near the school’s campus. Rodger later killed himself.

Days after the attack, Sen. Ed Markey (D-Mass.) introduced legislation that would grant the Centers for Disease Control and Prevention $10 million to fund a gun violence prevention study. The CDC hasn’t conducted a comprehensive study on reducing gun violence in 15 years.

Markey’s bill was not passed. 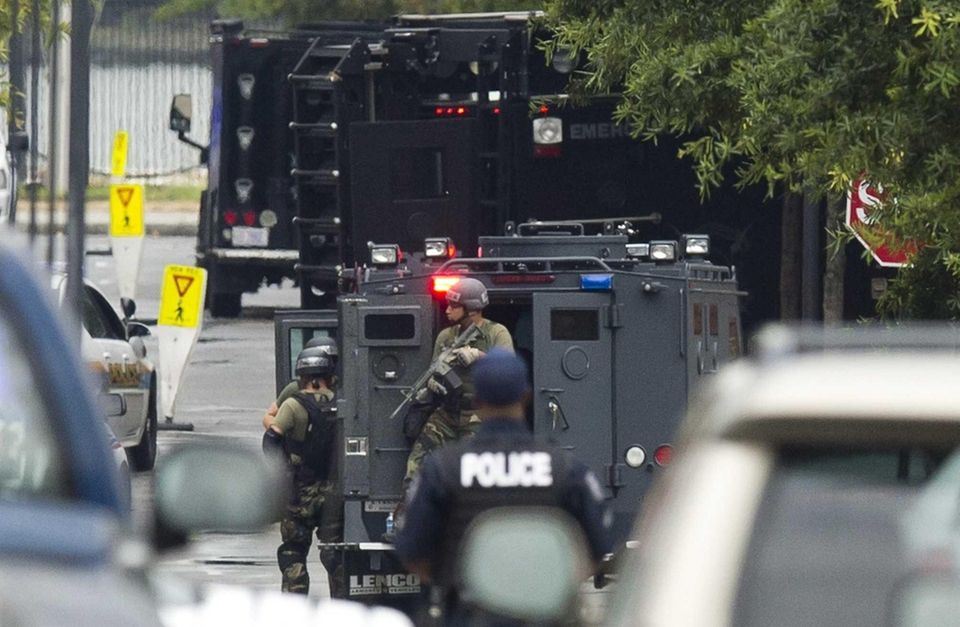 Police respond to the report of a shooting at the Navy Yard in Washington, D.C. on Sept. 16, 2013. Photo credit: Credit: Getty Images 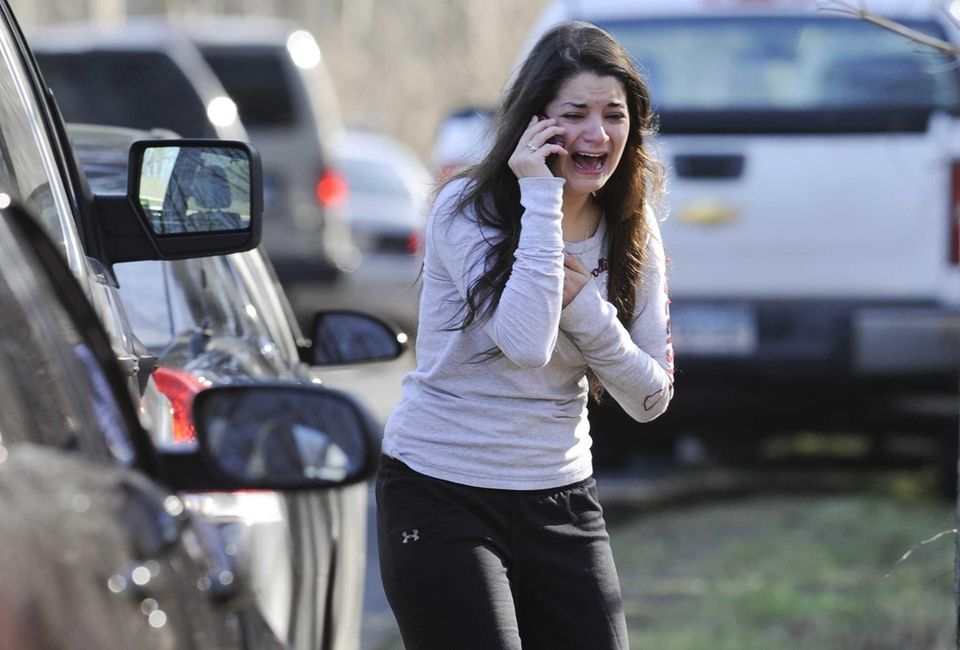 A woman waits to hear about her sister, a teacher, after a shooting at Sandy Hook Elementary School in Newtown, Conn. Photo credit: Credit: AP

After shooting his mother in the head, Adam Lanza forced his way into Sandy Hook Elementary School in Newtown, Connecticut and fatally shot his victims, including 20 first-graders. Lanza then killed himself at the scene.

A background check bill pushed forward by Sens. Joe Manchin (D-W. Va.) and Pat Toomey (R-Pa.) that would have expanded background checks to internet and gun show sales was defeated in April 2013.

“All in all, this was a pretty shameful day for Washington,” President Barack Obama said later that day at a news conference.

A revamped version of the assault weapons ban, which was first passed in 1994 and expired in 2004, was proposed in January 2013 by Sen. Dianne Feinstein (D-Ca.) and 24 Democratic co-sponsors. It was defeated in the Senate in April 2013. 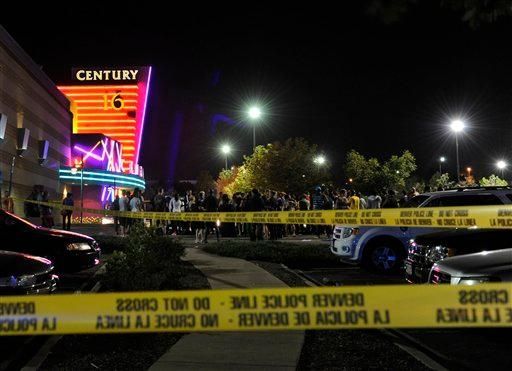 James Holmes opened fire in a movie theater during a showing of “The Dark Knight Rises.” He was sentenced to life in prison without parole.

In 2013, a series of gun control bills were passed in Colorado, including a measure requiring universal background checks and a ban on ammunition magazines that hold more than 15 rounds, like the ones used by Holmes. 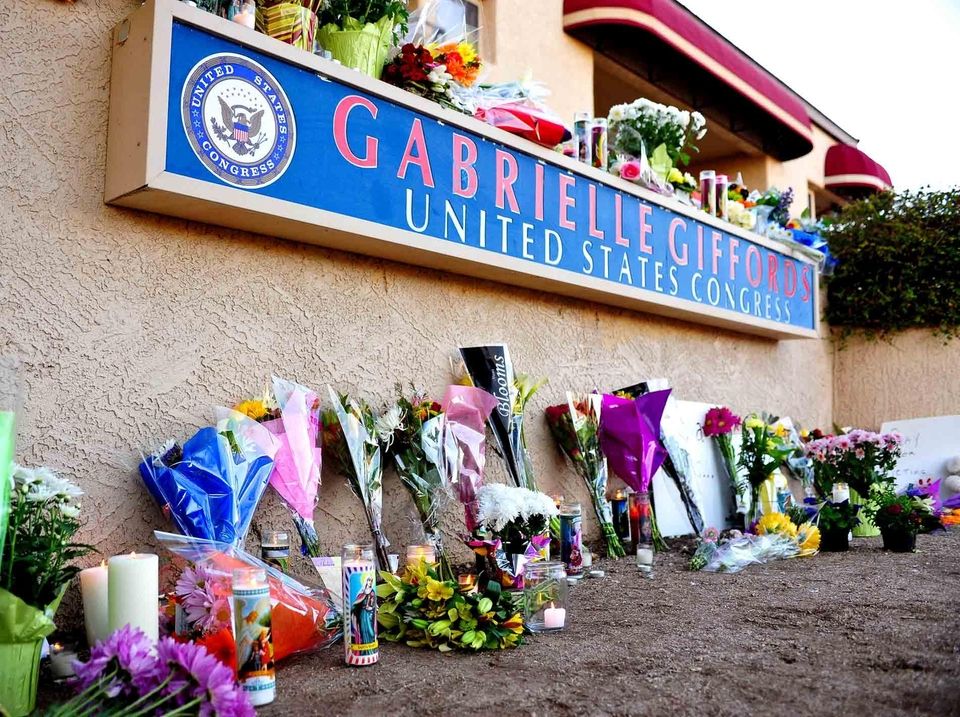 Flowers and candles are seen placed outside the office of Rep. Gabrielle Giffords on Jan. 10, 2011. Photo credit: Credit: AP

Jared Lee Loughner opened fire in front of a Safeway during a meet and greet held by Rep. Gabrielle Giffords (D-Ar.). Giffords was among the wounded, suffering a gunshot to her head. Loughner was sentenced to seven consecutive life terms.

Rep. Carolyn McCarthy (D-N.Y.) and Sen. Frank Lautenberg (D-N.J.) proposed a bill that would restrict ammunition magazines to a maximum 10 rounds in 2011. They proposed an identical measure in 2012 and again in 2013, when the bill died in Congress. 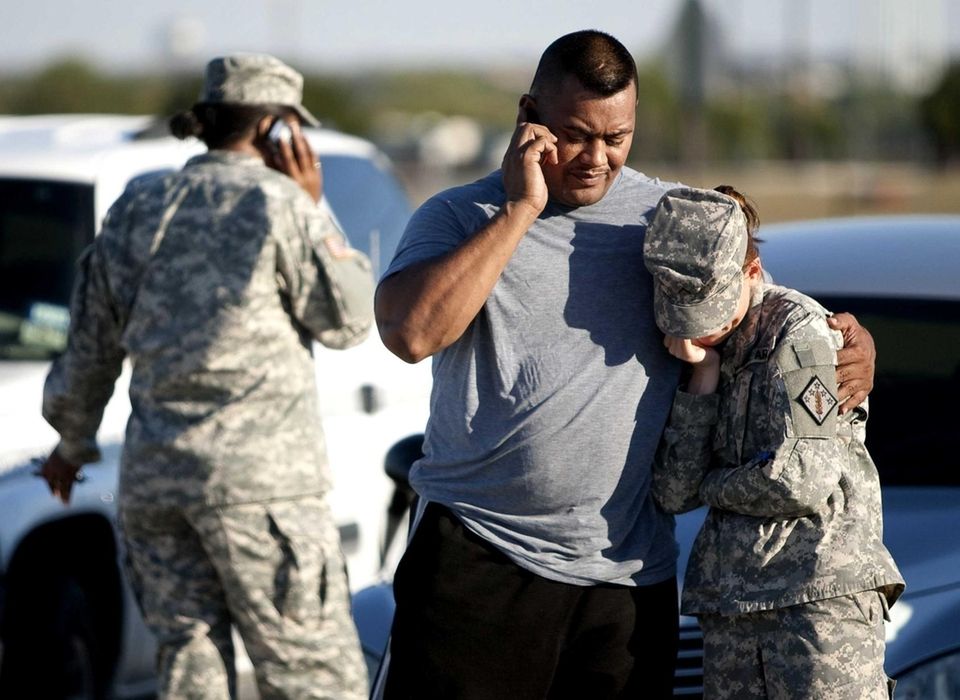 Army psychiatrist Nidal Malik Hasan attacked at Fort Hood, where he was based. Hasan was sentenced to death in 2013.

Jiverly Wong opened fire at the American Civic Association immigration center. Wong, a Vietnamese immigrant and former student at the center, killed himself at the scene. 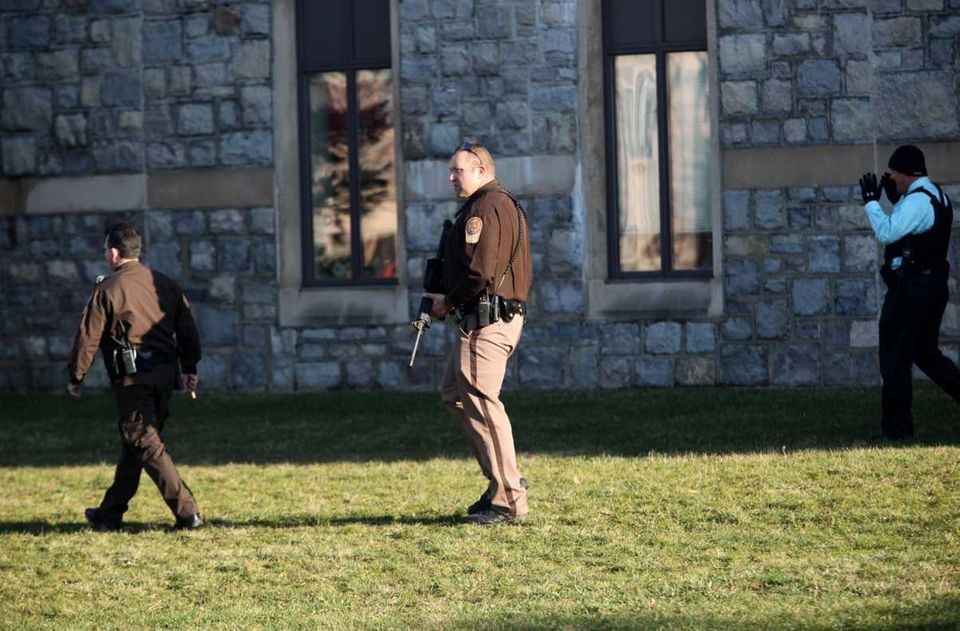 The shooting by Seung-Hui Cho, a senior at Virginia Tech, on the school’s campus was, until the events in Orlando, the deadliest mass shooting in American history. After methodically gunning down students and teachers, Cho shot himself dead.

In response to the massacre, Rep. Carolyn McCarthy (D-N.Y.), whose husband was killed and son was injured in the Long Island Rail Road shooting in 1993, made a fourth pass at pushing through a bill to improve the federal background check system to stop purchases by people, including individuals with criminal histories and those deemed mentally ill, who are prohibited from possessing firearms.

The bill received the support of the National Rifle Association and was signed into law. 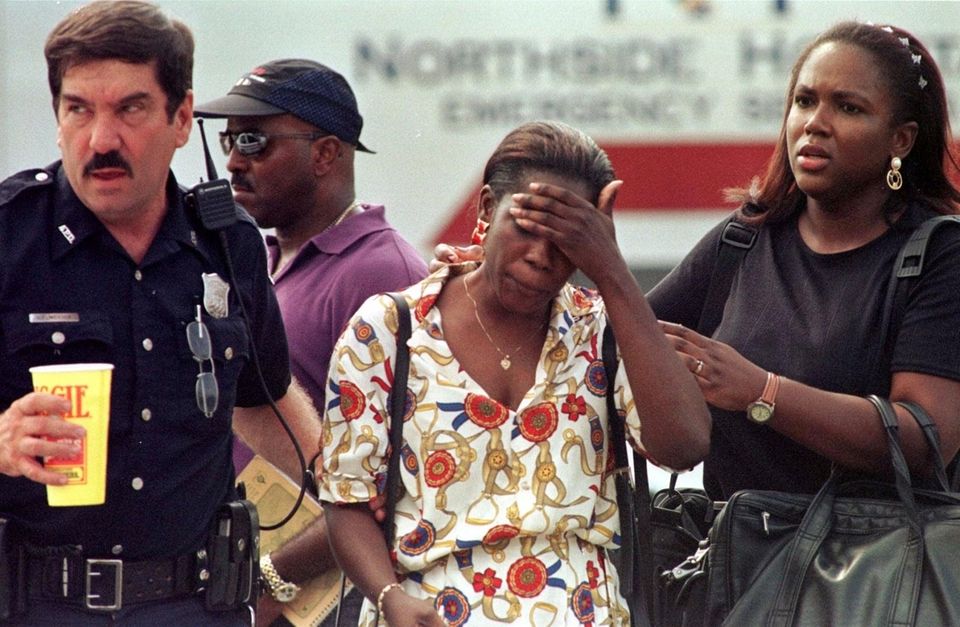 After bludgeoning his wife and two children to death, Mark O. Barton went to his office where he worked as a day trader and shot four people. He then walked to another nearby office and killed five others. Barton later killed himself. Columbine High School students Eric Harris and Dylan Klebold had a friend purchase four guns for them at a gun show. They used the weapons to open fire at their school, killing 12 students and a teacher. Harris and Klebold later killed themselves.

Weeks after the Columbine shooting a bill requiring background checks at gun shows – closing the so-called “gun show loophole” – passed in the Senate but died in the House.

After pulling a fire alarm at Westside Middle School, two students, Mitchell Johnson and Andrew Golden, opened fire on students and teachers. Four students and a teacher were killed. Mitchell, then 13, and Andrew, then 11, were sentenced to confinement in a juvenile facility until they turned 21.

A pair of bills was introduced following the Jonesboro shootings. One called to close a loophole that allowed for the sale of ammunition clips holding more than 10 rounds. The other sought to impose criminal penalties on adults who don’t properly lock away firearms that a child may use to hurt others. Neither proposal was passed. 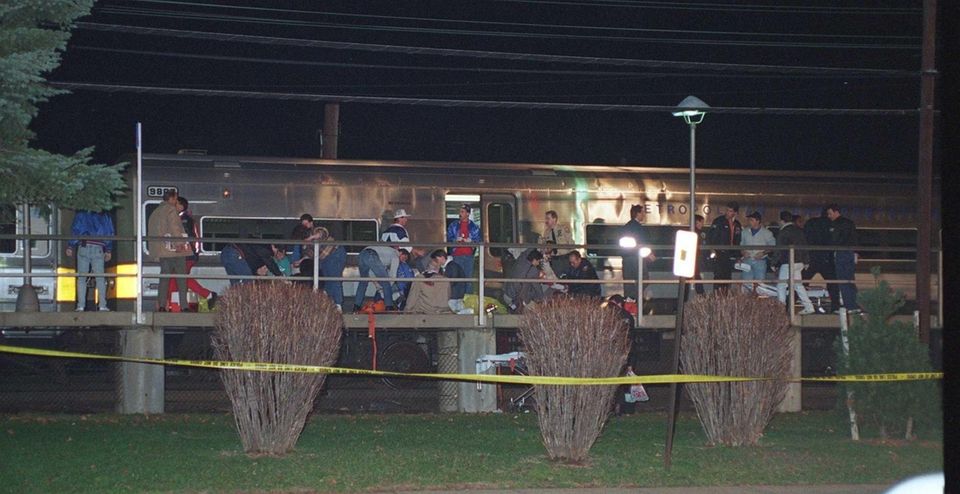 People are treated on the LIRR platform after a gunman opened fire on a train. Photo credit: Credit: Newsday / Al Raia

Colin Ferguson opened fire on a Long Island Rail Road commuter train. Ferguson was sentenced to life in prison. Following the shooting, President Bill Clinton decried the incident as a “terrible human tragedy.” The following year the assault weapons ban, which banned the manufacture, possession and sale of certain combat-style weapons and also limited the size of ammunition magazines, was signed into law.

The ban expired in 2004 and has not been renewed.

Deadliest mass shootings around the world