The vote dealt a serious blow to President Donald Trump and the GOP agenda, with most Republican candidates having pledged for years to repeal President Barack Obama’s 2010 health care overhaul, the Affordable Care Act.

Here’s what led up to the vote’s failure:

The Senate held a procedural vote on Tuesday that allowed formal debate to begin on a potential repeal of major components of the Affordable Care Act. The vote itself did not trigger any changes to the existing legislation. Nonetheless, it was seen as an indication of how some Republican senators on the fence about the actual repeal effort may ultimately vote. The vote passed by a slim margin with Vice President Mike Pence breaking a 50-50 tie.

The two Republicans, Susan Collins of Maine and Lisa Murkowski of Maine, to cast “no” votes had already put their opposition on record. That left moderate GOP senators such as Dean Heller of Nevada and John McCain of Arizona, as the critical votes. Heller didn’t indicate his support until minutes before the vote while McCain – making a dramatic return to the Senate after a recent diagnosis of brain cancer – gave no indication of which way he was leaning until he cast a “yes” vote. All Democrats voted no as expected. 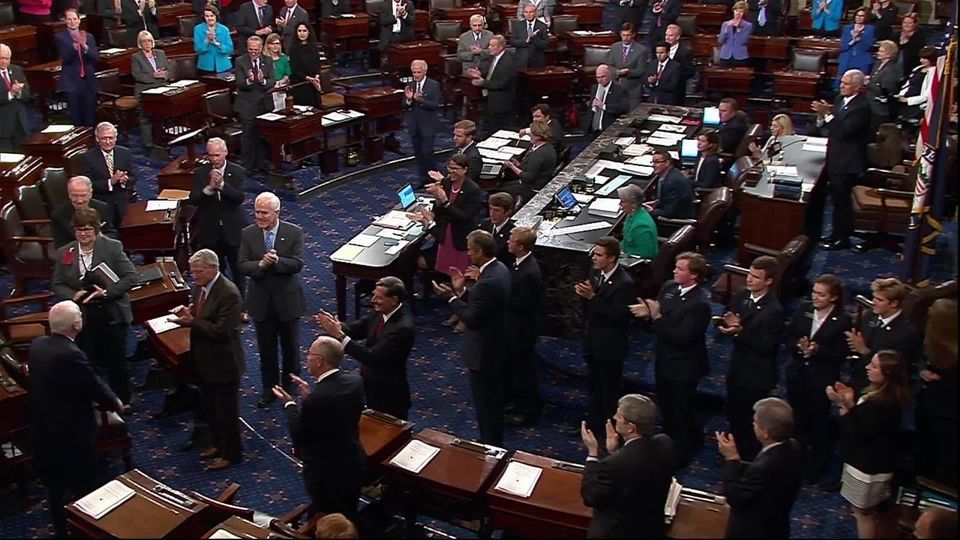 McCain arrives in the Senate Chamber to applause on Tuesday, July 25, 2017.

The bill was a wide-ranging proposal that would repeal much of former President Barack Obama’s health care law and replace it with a more restrictive plan.

On Wednesday, July 26, the divided Senate Republican majority failed to muster the votes to pass its longtime goal of a complete repeal of Obamacare, marking the second setback of the week as it debated and attempted to shape legislation to dismantle the 2010 health care law.

The amendment, which resurrected a 2015 bill to repeal Obamacare but delay it for two years to give lawmakers time to replace it, failed in a 45-55 vote, with seven Republicans — including McCain — voting against it, even though six of them voted for it when it passed in 2015. 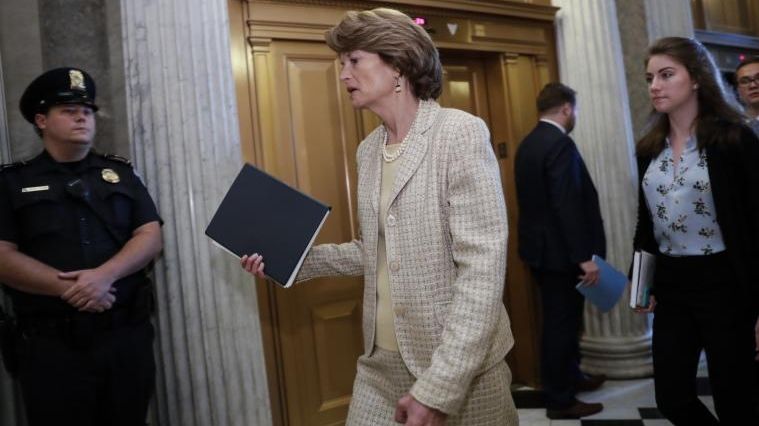 The “skinny repeal” bill would have ended the mandate that all individuals obtain health insurance, terminated a tax on medical devices, and leave untouched a Medicaid expansion created by Obamacare. It would have resulted in the loss of health insurance for 15 million people over the next decade and a 20 percent increase in insurance premiums, the nonpartisan Congressional Budget Office estimated.

McCain, whose return to the Senate helped begin the formal debate on the three health-care bills, ultimately cast the vote that killed the Republicans’ “skinny repeal” bill and delivered a severe political defeat for Trump and McConnell.

McCain made the call shortly after dramatically walking to the front of the Senate floor around 1:30 a.m. Friday, holding out his arm and turning his thumb down — meaning a 51-49 defeat for the bill Republicans called the Health Care Freedom Act. The Arizona maverick joined with fellow Republicans Collins and Murkowski and all 48 Democrats in the chamber to vote no.

I urge my colleagues to trust each other, stop political games& put health needs of American ppl 1st. We can do this https://t.co/3gKeGcHNQH

The amendment was a last resort for Senate Republicans to pass something — anything — to trigger negotiations with the House. Some Republicans were concerned that the House would simply pass the pared-down bill and send it to Trump.

House leaders had no hesitation about blaming the Senate for the collapse of one of the GOP’s paramount priorities.

In a statement, Speaker Paul Ryan, R-Wis., pointedly said “the House delivered a bill” and said he was “disappointed and frustrated.” Nearly three months earlier, the House approved its health care package after several embarrassing setbacks.

He added, “But we should not give up. I encourage the Senate to continue working toward a real solution that keeps our promise.”

3 Republicans and 48 Democrats let the American people down. As I said from the beginning, let ObamaCare implode, then deal. Watch!

Trump returned to Twitter to express his disappointment with the failure of the GOP effort and threatened to let the health care system collapse: