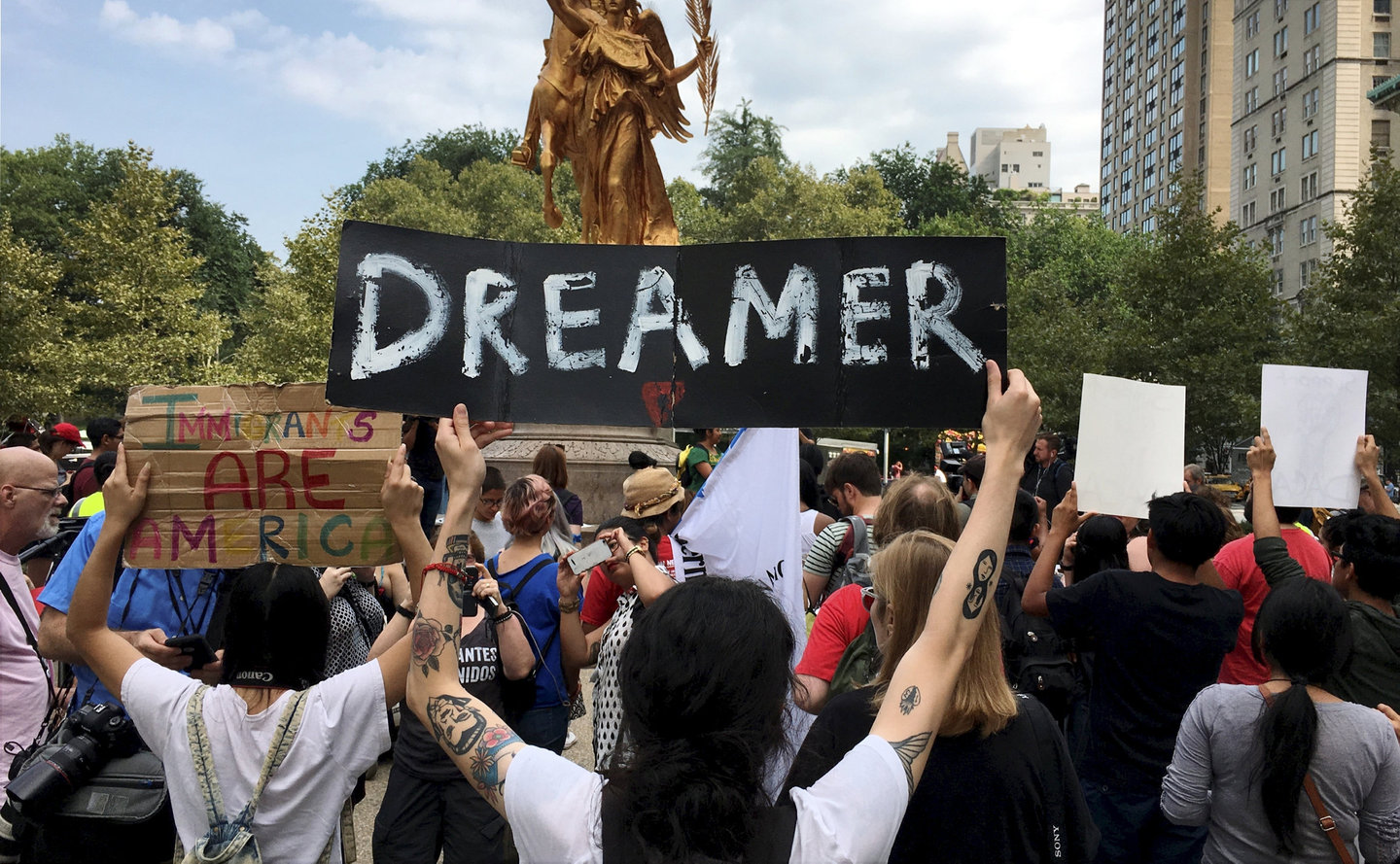 In his ruling, Alsup granted a request by California and other plaintiffs to prevent the programs end while their lawsuits play out in court. The federal judge said lawyers in favor of DACA clearly demonstrated that the young immigrants “were likely to suffer serious, irreparable harm” without court action.

He also said the lawyers have a strong chance of succeeding at trial.

In September, the Trump administration announced it will wind down the Obama-era program that protects young immigrants from deportation.

Attorney General Jeff Sessions called the Deferred Action for Childhood Arrivals, known as DACA, an “unconstitutional exercise of authority by the executive branch.”

He said the Trump administration was urging Congress to find an alternate way to protect young immigrants brought into the country illegally as children.

In many cases, these are people, known as Dreamers, who have grown up attending American schools, speaking English and identifying the United States as their home country. They are currently between the ages of 15 and 36.

About 14,000 Dreamers on Long Island were eligible for the program when it rolled out, though it’s not clear how many of them applied and were accepted. 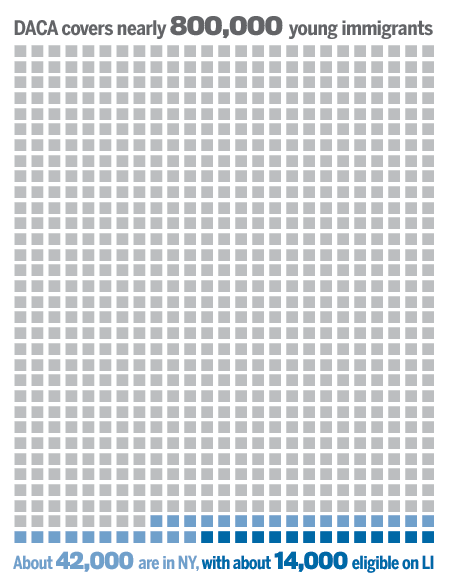 The U.S. Citizenship and Immigration Services agency hasn’t disclosed numbers by region, but it’s counted Salvadorans and Hondurans among top recipients of DACA status and those communities have a significant presence on Long Island. Hundreds of high school students have been attending a yearly Dreamers’ conference organized by immigrant youth advocates to encourage them to pursue a college education and join advocacy efforts.

Those protected were brought here by their parents, or overstayed visas, when they were children. They attend school, have graduated or obtained an equivalent certificate. 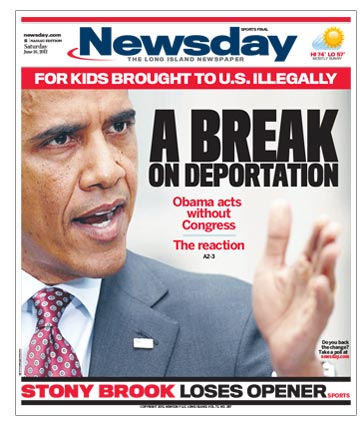 DACA beneficiaries are immigrants who had arrived in the United States before they turned 16 years old; have lived in the country continuously since at least June 15, 2007, and were in the country as of June 15, 2012, by which date they had to be under the age of 31. They are required to either be attending school, to have graduated from high school or to have obtained a high school equivalency certificate.

Alternatively, they are accepted for deferred action if they had been honorably discharged from the Coast Guard or Armed Forces. Anyone convicted of a felony; a misdemeanor deemed significant or three or more other misdemeanors, or who is considered to pose a threat to national security or public safety was excluded from the program.

New York is among a handful of states that allows those DACA recipients to obtain professional licenses and work in the fields they’re qualified for when they graduate from school.

Young Latinos will be most affected.

Dreamers tend to be mostly Latino youth, with Mexicans, Salvadorans, Guatemalans and Hondurans being the top recipients of the deferred action.

Now, the fate of Dreamers is with Congress.

Congress has been given six months to find a legislative solution to protect Dreamers.

Congress, get ready to do your job – DACA!

I look forward to working w/ D's + R's in Congress to address immigration reform in a way that puts hardworking citizens of our country 1st.

Congress now has 6 months to legalize DACA (something the Obama Administration was unable to do). If they can't, I will revisit this issue!

But it’s unclear how that would play out.

Such an approach — essentially kicking the can down the road and letting Congress deal with it— is fraught with uncertainty and political perils that amount, according to one vocal opponent, to “Republican suicide.”

Still other Republicans say they are ready to take on a topic that has proven a non-starter and career-breaker for decades.

“If President Trump makes this decision we will work to find a legislative solution to their dilemma,” said Republican Sen. Lindsay Graham.

In the meantime, Dreamers will keep their current protections until their DACA documents expire.

DACA protections will not be immediately cut off. Current DACA recipients will be allowed to retain their period of deferred action and their ability to work until their current documents expire — up to two years from today. Applications already in the pipeline will be processed, as will renewal applications for those facing near-term expiration.

But new applications will not be accepted.

In addition, Trump said he advised the Department of Homeland Security that DACA recipients are not enforcement priorities unless they are criminals, are involved in criminal activity, or are members of a gang.

In New York, officials plan to sue to protect Dreamers, and many took to the streets to protest.

“If he moves forward with this cruel action, New York State will sue to protect the ‘Dreamers’ and the state’s sovereign interest in the fair and equal application of the law,” Cuomo said in a news release.

New York will not demonize diversity.

If President Trump rescinds #DACA, we will sue.

Shouting “undocumented, unafraid,” some 200 protesters marched in front of Trump Tower Tuesday morning to support upholding DACA. Nearly a dozen were arrested after they linked hands and formed a human chain that blocked traffic along 56th Street and Fifth Avenue for nearly 10 minutes.