The storage attic in Newsday’s former Melville building was not a place for public display. It was cold and drafty, a door open to the elements. A fire proofing substance haphazardly lined the walls.But the material there was important not just to Newsday, but Long Islanders: the paper’s archives, including hundreds of interview tapes about Newsday and Long Island history.

I went up to the attic to learn more about why Newsday’s editorial board was muted for years about racial covenants in Levittown, a question prompted by the paper’s just-released investigation into real estate practices in the present day.

What I found is the subject of the Newsday Opinion podcast, “Newsday and Levittown,” co-produced with Amanda Fiscina.

Many of the tapes from the attic deal with Newsday’s founder, Alicia Patterson, a pioneering female publisher, pilot and high-society staple: “Sort of a princess,” one employee calls her in a marveling tone. “She was used to a woman having to make her point more precisely than a man would,” remembers a friend in another tape. It was Patterson who made many of the early decisions about the paper’s crusades.

The crusades worked, including the one to encourage more housing for veterans after World War II.

This is how Newsday’s history intersects with Levittown’s, a story told in the tapes, scratchy with age. Patterson decided that people needed houses, and that builder William Levitt was just what Long Island needed. So Patterson put her might behind him.

She did so by campaigning for a change in local building codes, eliminating the requirement for a basement, to smooth the way for Levitt’s project.

“Newsday jumped into the fight on the side of the veterans,” a Newsday promotional video from the 1960s says, triumphant old-timey music playing in the background (you can hear an excerpt in the podcast). The editorial board encouraged readers to come out to a Hempstead Town Board meeting to show their support for the houses, too.

“None of us will ever forget that meeting. Thousands of veterans answered Newsday’s call,” the promotional video cheers.

It was a prime example of Patterson’s fighting spirit and the way she made her paper into a fighter, too.

“There was a crusading spirit on the entire newspaper and I loved it, I just thought it was wonderful,” says Robert Caro, Pulitzer Prize-winning historian and former Newsday reporter, in one of the tapes.

But the crusading flagged when it came to challenging Levitt, editorial writer Hal Burton says in another tape.

That included, crucially, when Levitt was discriminating against black homeseekers. Newsday’s editorial board at first said there was nothing much to see there.

The tapes give some suggestions: “She felt strongly on social justice, except for the blacks,” says Burton.

But it’s more complicated than that. As former editorial board member Robert Keeler describes in his 1990 history “Newsday,” for which he recorded and used most of those tapes tucked away in the attic, Patterson had a mixed record on discrimination apart from Levittown. She called out others’ racism and pushed for more Jewish immigration at the dawn of World War II when so many were trying to escape the Nazis. It was a tragically uncommon position.

So our podcast looks at other factors: the way that the growth of the suburbs encouraged by Levitt and Newsday was key to Newsday’s business. How the paper’s stance was in some ways sadly the norm for the time.

But that’s just half the story. To see what effect all this had, I left the attic and started making new recordings. I talked to people who live in Levittown now, and others who wanted to but couldn’t.

On this podcast, you’ll hear from a white family from the Bronx that had a house all set in Levittown but turned it down when they learned about the discrimination on display. Academics discuss the home values black residents missed out on when they couldn’t buy into up-and-coming Levittown.

And there’s a conversation from a meeting of the Levittown Historical Society, in the lower part of a school off Abbey Lane marked by suburban memorabilia and old photos. It was one of various times residents talked to me candidly about the beauties of life in Levittown, peach trees and open yards, everything Levittown represented and offered for families looking to start out on their own, and what it has meant over the years even as some have been excluded. Because the debates over Levittown, more than 70 years later, are still ongoing.

And Newsday, then and now, has been a part of it.

Hosted by Mark Chiusano, a member of the Newsday editorial board. Produced by Amanda Fiscina.

Letter to the editor October 1947 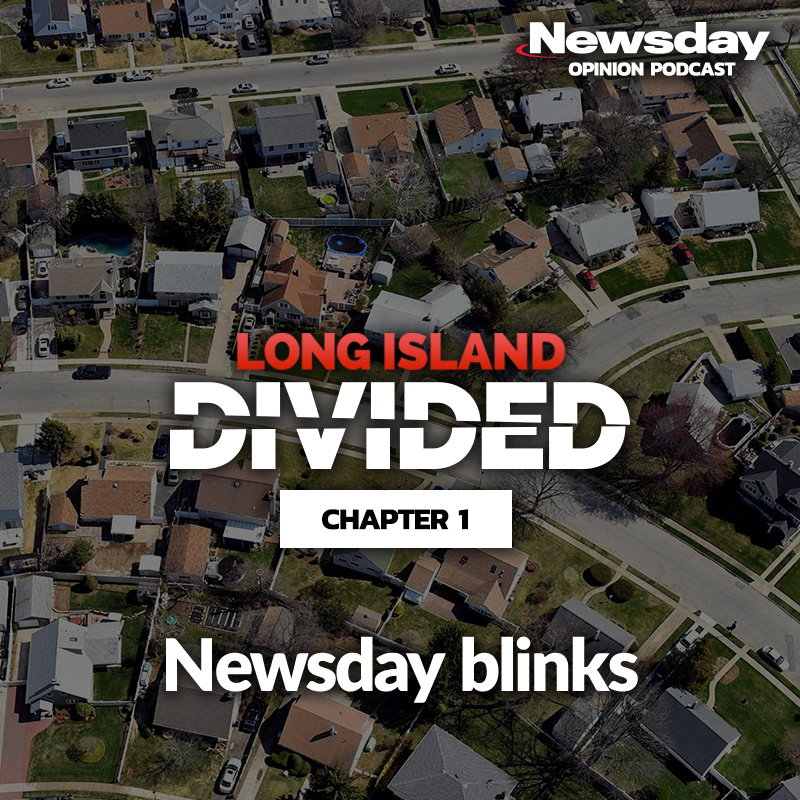 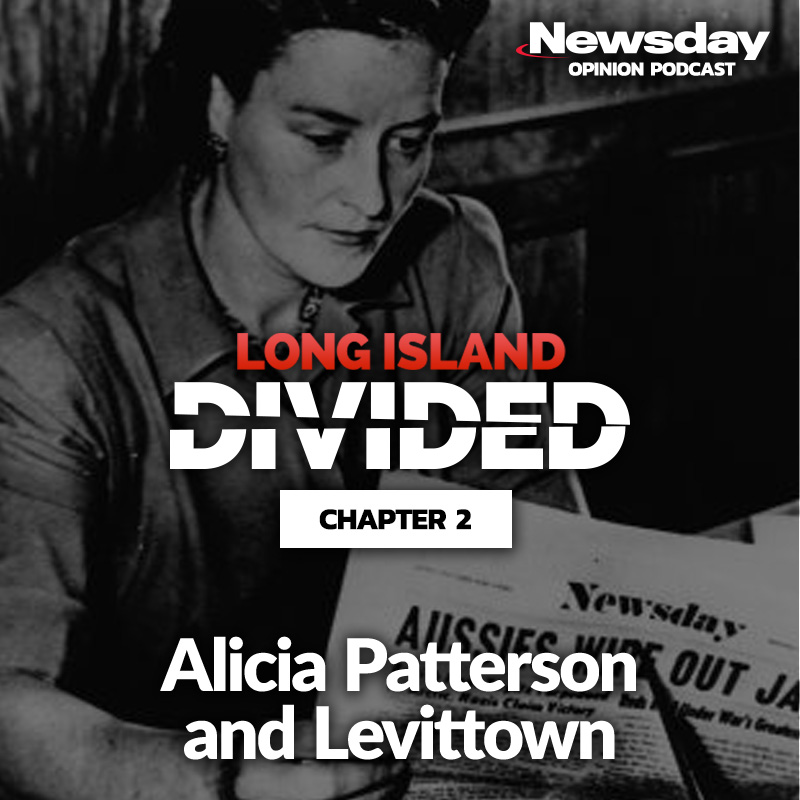 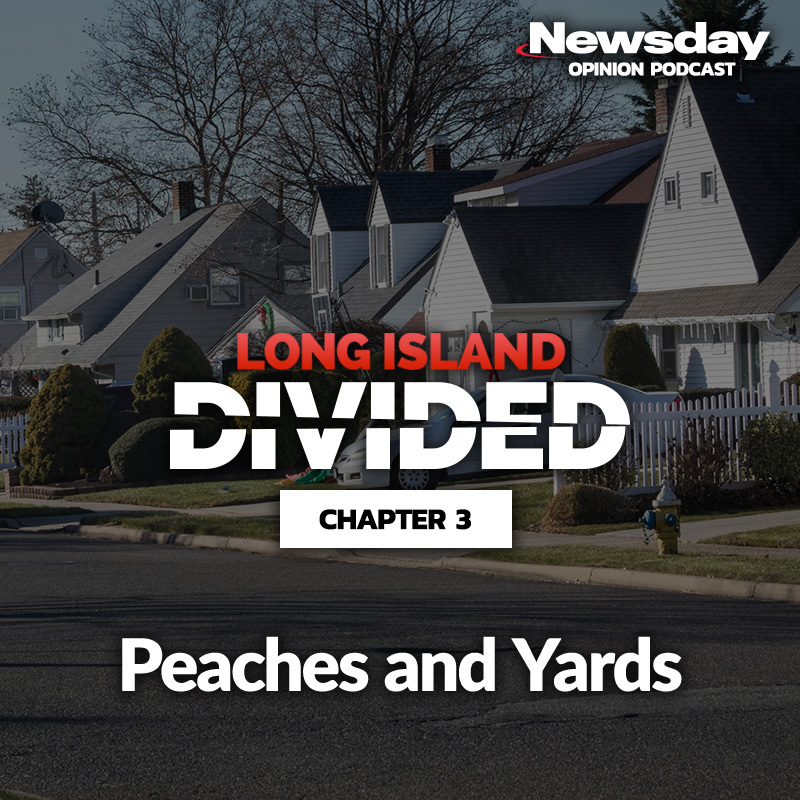 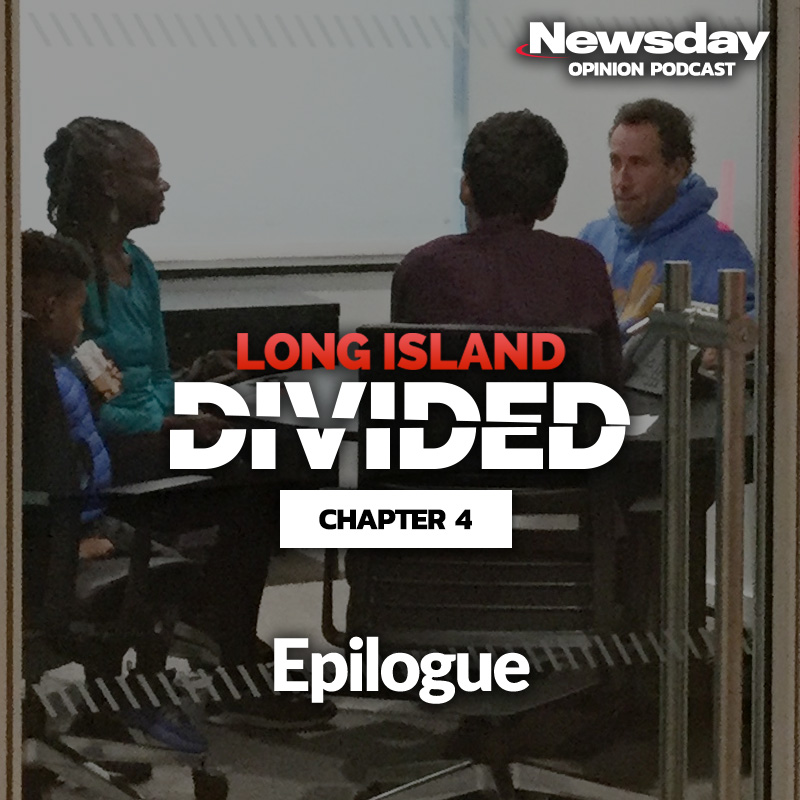