Young and owning it 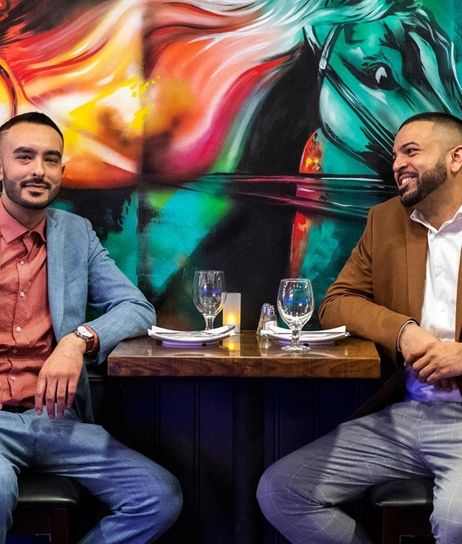 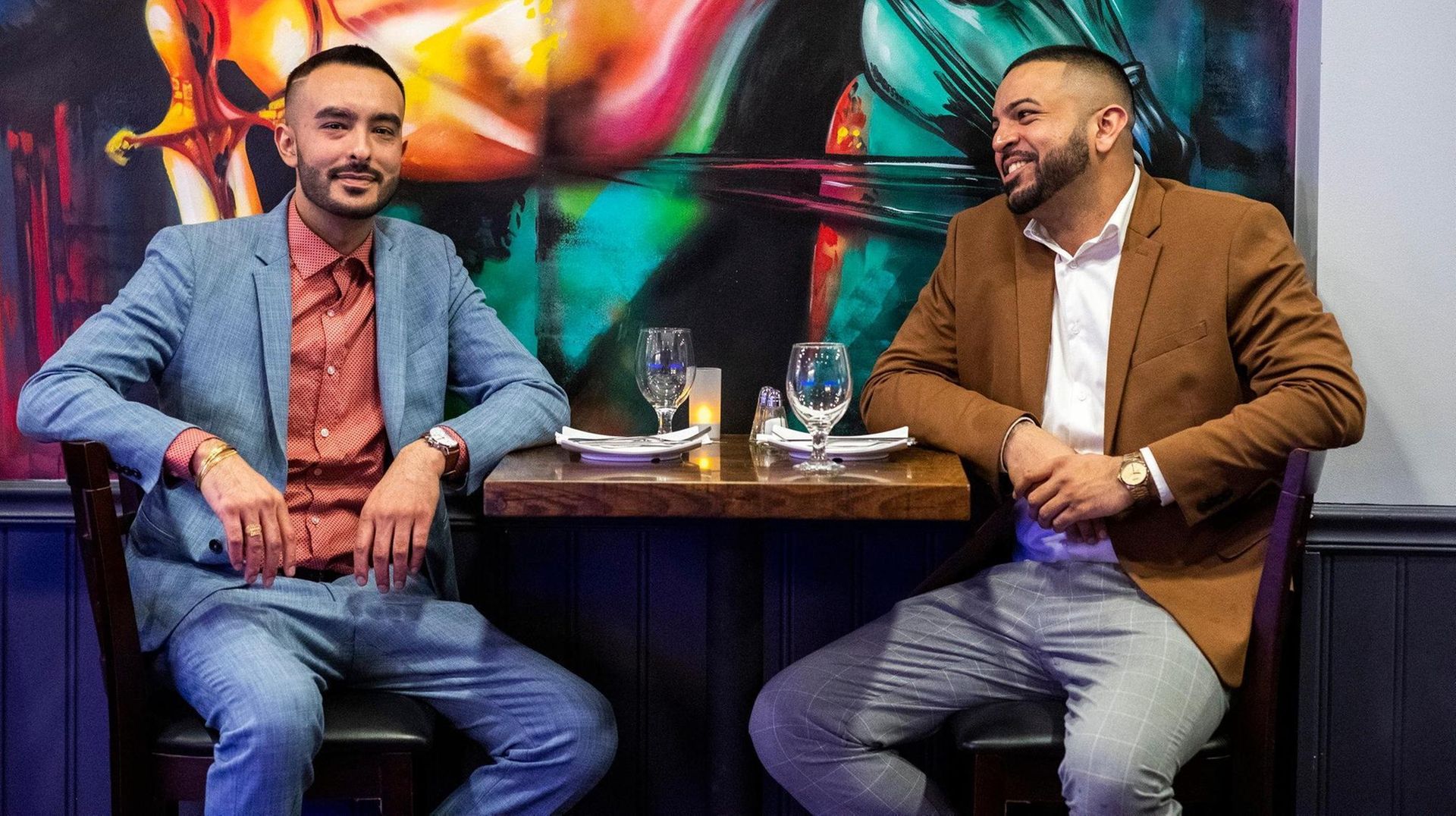 These Long Island natives have opened restaurants, butchers or bakeries — all by the age of 30. This is how they did it. 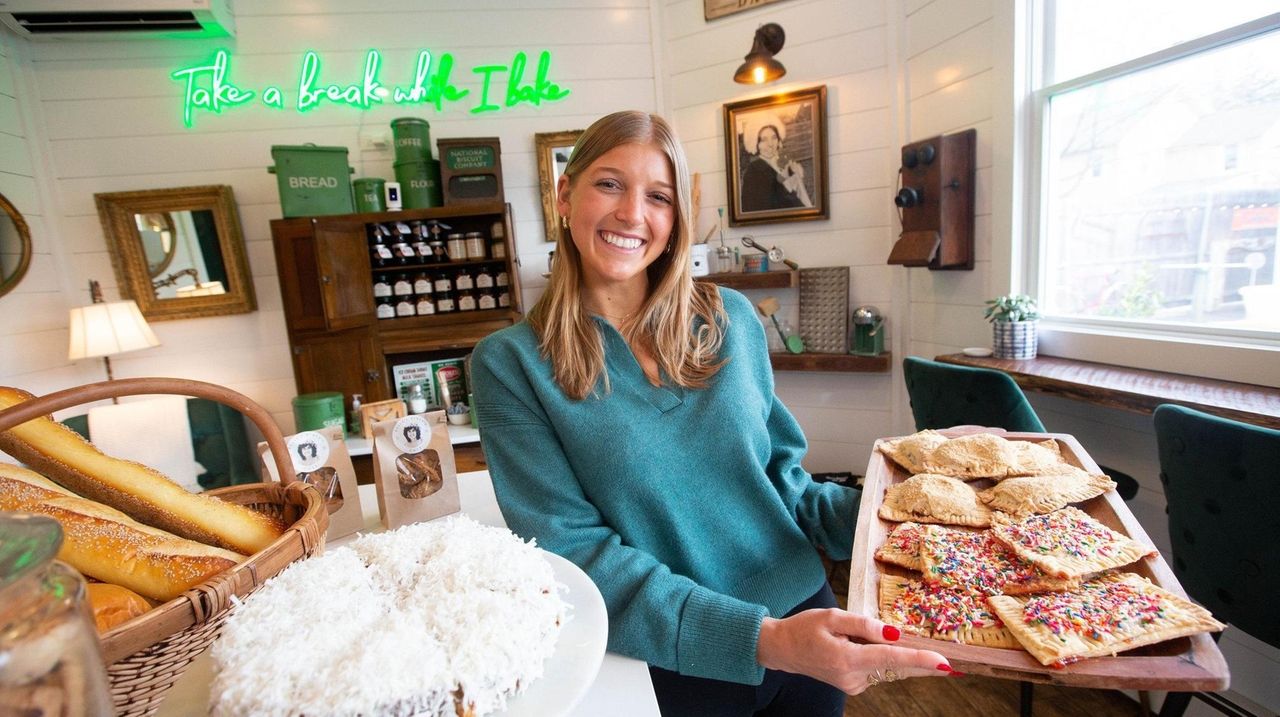 “Don’t overthink it. Don’t freak yourself out. Follow your gut and your passion.”

Jenna Napolitano, who studied fashion at Marist College, never intended to open her own business. But after losing her job at Kate Spade due to the pandemic, and her aunt to cancer around the same time, she combined her hobby and beloved aunt’s knack for baking to open a quaint cafe.

“I started making her recipes just to help my family cope ,” Napolitano says, adding that she kickedstarted her business last year by first offering boxed cookies, miniature pies, muffins and cakes at her parents’ antique shop, Back in Time.

Come June, Napolitano officially debuted her cafe, hidden like a speakeasy behind the shop. “I invested all of my savings into this, which is scary for someone my age. But, I’m almost glad that I didn’t overthink it,” she says of the quick decision she made to open. “I’m investing in myself.”

Napolitano credits her parents for showing her the ropes as a boss; and as far as a career in fashion goes, that’s in the rearview mirror, she says. 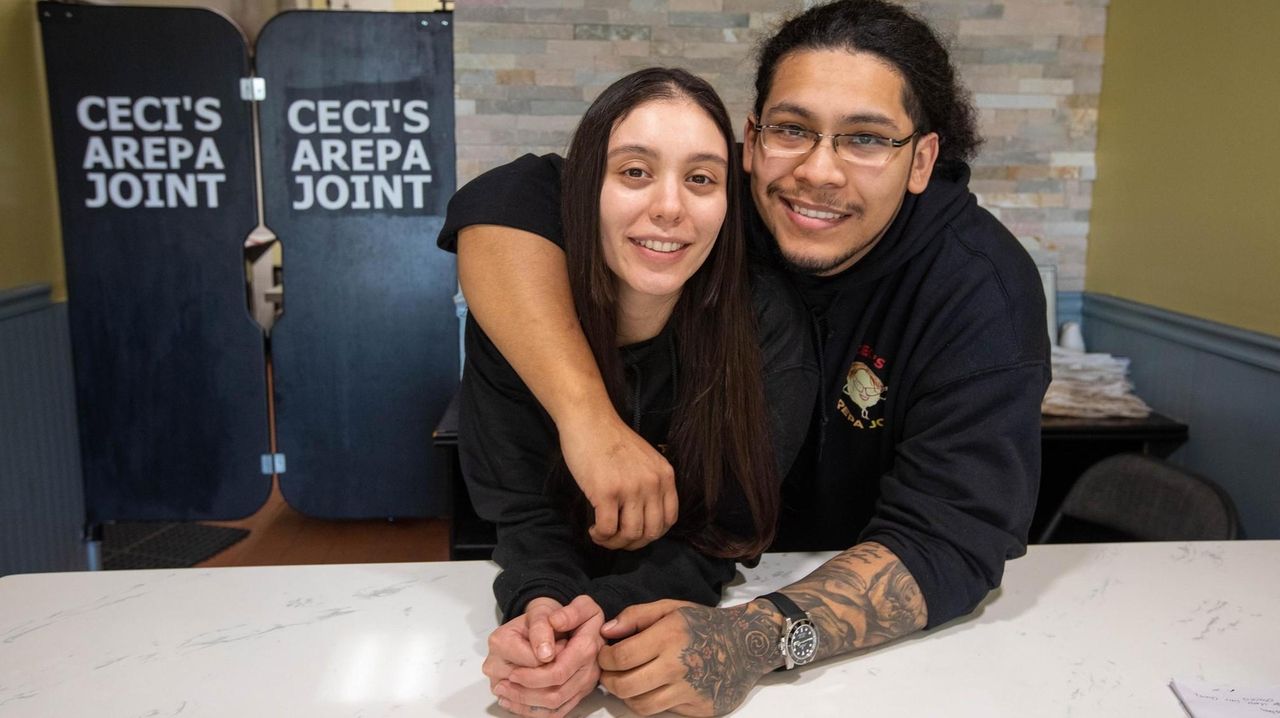 “Believe in yourself and don’t have a plan B. Then it will have to work.”

A decade ago, Carolyn Rios and Michael Barriga dated briefly in high school before going their separate ways. Then, a chance meeting a few years back — Barriga was an Uber driver, Rios his passenger — put them back in each other’s orbit, whereupon they discovered a mutual love for arepas. The flapjack-like corn cakes, fried on a griddle and filled with meats, cheeses and more, are a common street food in Colombia and Venezuela, where Rios’ and Barriga’s families are from respectively.

In 2020, after Barriga lost a job owing to the pandemic, he and Rios decided to open an areperia based on the recipes of Barriga’s Aunt “Ceci” Cecilia.

“They called me crazy, said I had no experience, that we’d never cooked in a real kitchen, didn’t know what we were doing, that I should wait till I’m older,” recalls Barriga. “We got told no in very nice ways.”

“Restaurant businesses have a tendency to be owned by older people, ” adds Rios. “People say, ‘you’re the owner?’ They’re surprised that someone that young would start a business like this.”

But start it they did, opening Ceci’s Arepa Joint in March of 2021. Is it hard being a young couple and running a restaurant?

“We haven’t ripped each other’s heads off,” replies Rios with a laugh. “It has its downsides sometimes, but it’s very good to have someone to bounce ideas off of, someone who will give you a genuine opinion.” 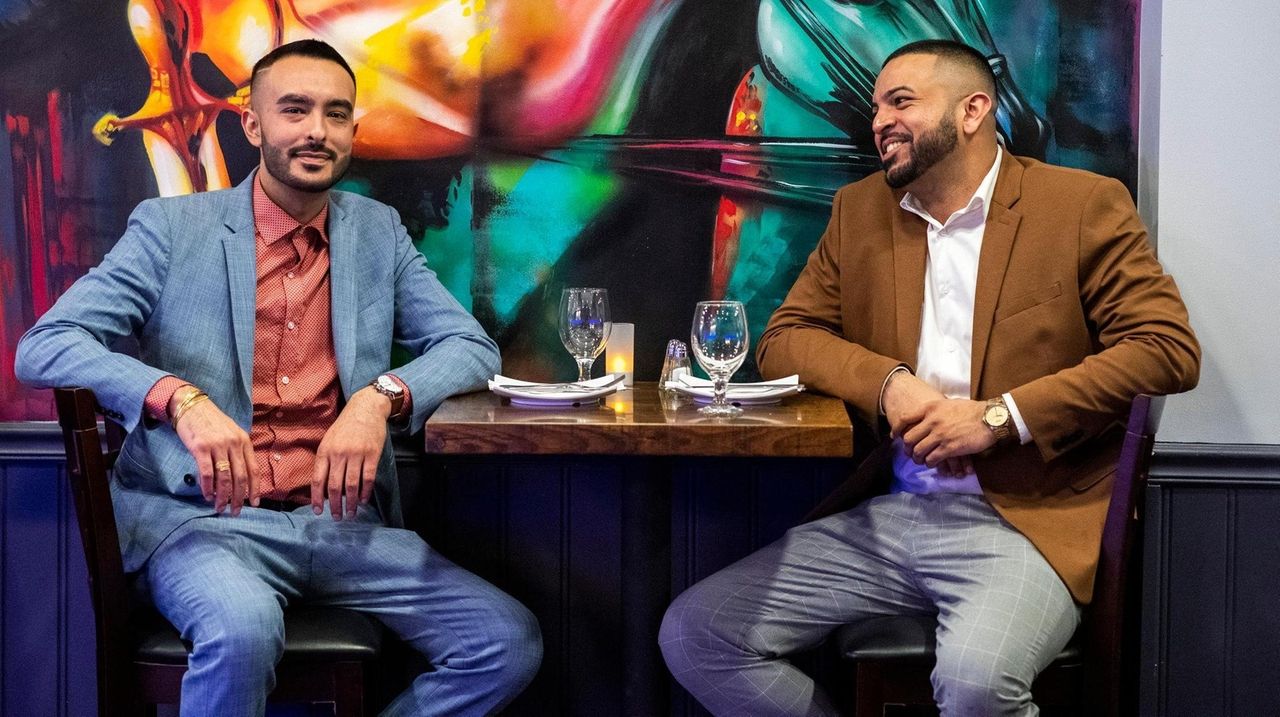 “It has very little to do with luck and a lot to do with hard work and sacrifice.”

Although Supy Singh has been part of the restaurant business since childhood — his family owns House of India in Huntington and Mango in Bellmore — the plan upon graduating from SUNY Binghamton was to parlay his finance and economics degree into a Wall Street job. A family tragedy changed all that.

“After my father passed away in 2018, I sat down with the family and said I wanted to go into the restaurant business and expand,” Supy recalls. When he announced he wanted to take it over with his cousin Kam, everyone in the family was very supportive, everyone except his mother.

“Now she is happy that I made the decision, but in the beginning she wanted me to have a different job. She said, ‘the restaurant business is very hard and I don’t want you to be stressed all the time.’”

His mother wasn’t wrong, Supy admits. By the time he and Kam opened Tava in November, the pair had endured nine months of headaches — an unplanned gut renovation, high construction costs and more. “I’m not going to lie. There were days when I thought it might not happen,” he said. “I didn’t believe it then, but it was the best thing we could have done.” 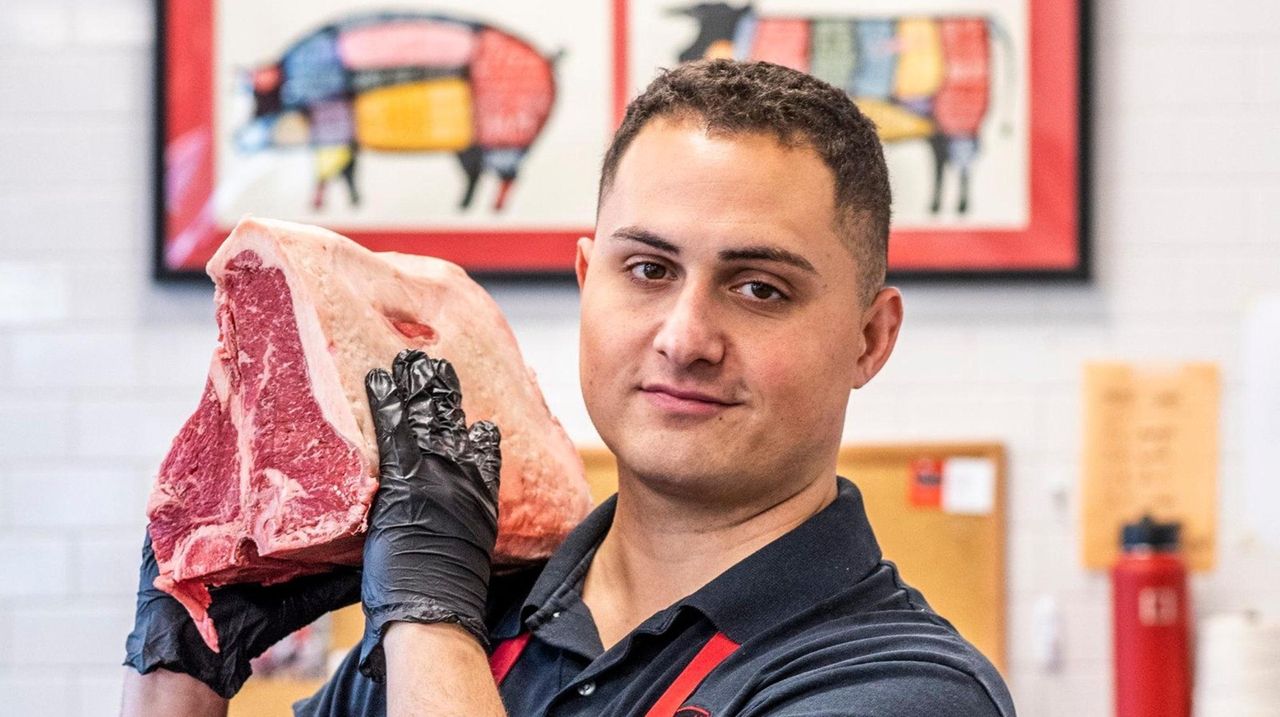 “I advise everybody I know to take a risk. If you’re interested in doing it, give it a shot.”

The road to entrepreneurship for Justin Aronoff started when he was in high school.

While attending Roslyn High School in Roslyn Heights, Aronoff worked at delis, restaurants and butchers across the Island where he “got an understanding of what to do and how to operate,” he says, adding that by the time he was ready to open his own shop, he “knew how to set the case, how to speak to customers, how to make the store look nice and how to sell.”

After finishing a semester at Adelphi — and deciding college wasn’t for him — he saw himself working at The Meat House, a butcher in Roslyn Heights. When the owner announced plans to close, Aronoff considered purchasing the spot, but when another butcher in a more manageable space up the block became available, he took over that shop instead and turned it into Center Cuts.

“I’m a fan of taking risk,” Aronoff says about his investment, though he admits “he didn’t realize the whole back end of” operating a business when he first opened in 2014. That’s something he’s had seven years to figure out, culminating in the launch of a second location in Mattituck in May.

Now that the Roslyn Heights and Mattituck locations are steady on their feet, Aronoff’s on the hunt for a third location. 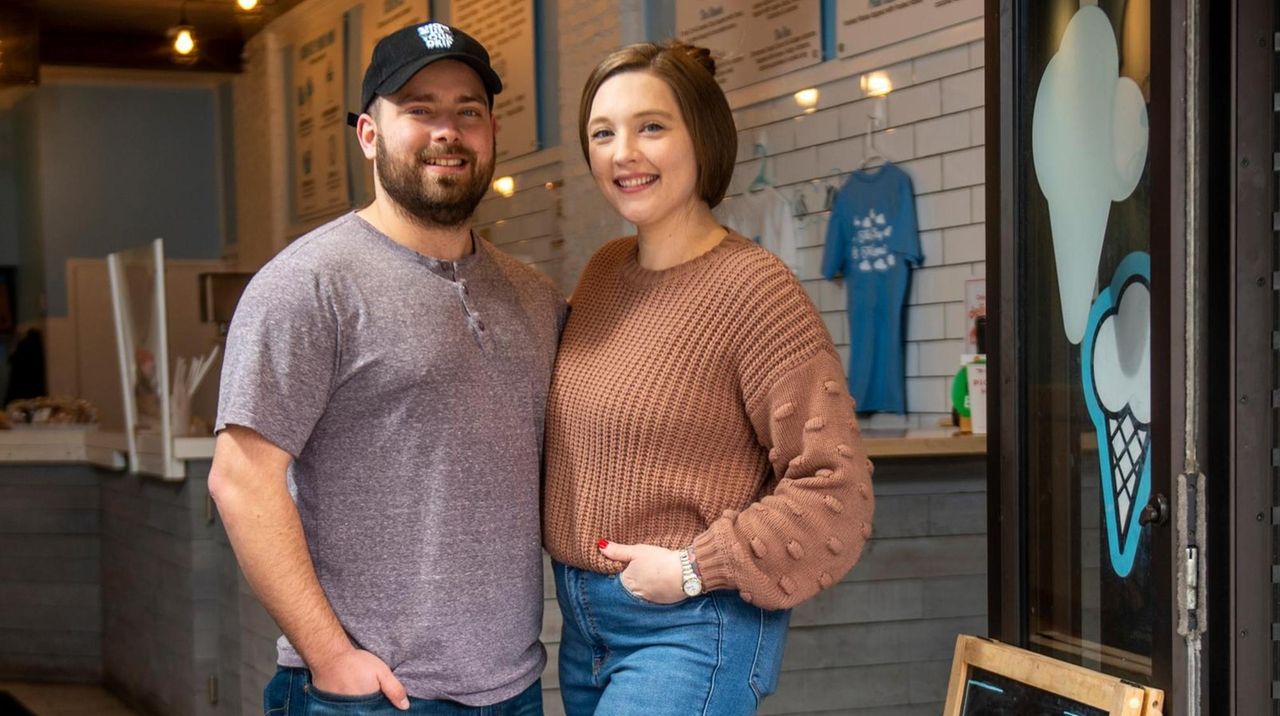 “Knowledge is power and people will trust you if you are confident about your business and product. If you believe in it, there’s no reason why anyone else shouldn’t.”

A 2018 Manhattan-bound birthday trip for Lexi Balunas turned her and her now-fiance into businesspeople. Influenced by a visit to Milk & Cream Cereal Bar, the duo is now bringing novelty ice cream to Suffolk County, specializing in the popular cereal-and-ice-cream mash-up dessert.

“I walked into it and it blew me away — the line of people, the operations,” Pesko says of that first time at Milk & Cream . “I got out my phone and I started timing tickets and seeing how fast it would take someone” to create the dessert. By the time he walked over to Balunas, she was already on her phone looking to see if this concept made it to Long Island — unbeknownst to him.

Soon after, the couple, who have a combined background in restaurants and sales, signed a lease on an East Setauket spot that quickly fell through due to permit issues. “I ended up eating a decent amount of money,” Pesko says of this learning experience. But less than a year later, Patchogue was born and less than a year after that, Smithtown opened.

“Lexi is the brains” of this operation,” he says. “She’s got the creativity. She’s the visionary. I’m the integrator. I make sure everything gets done.”

Co-owner of Nunzi’s in Farmingdale 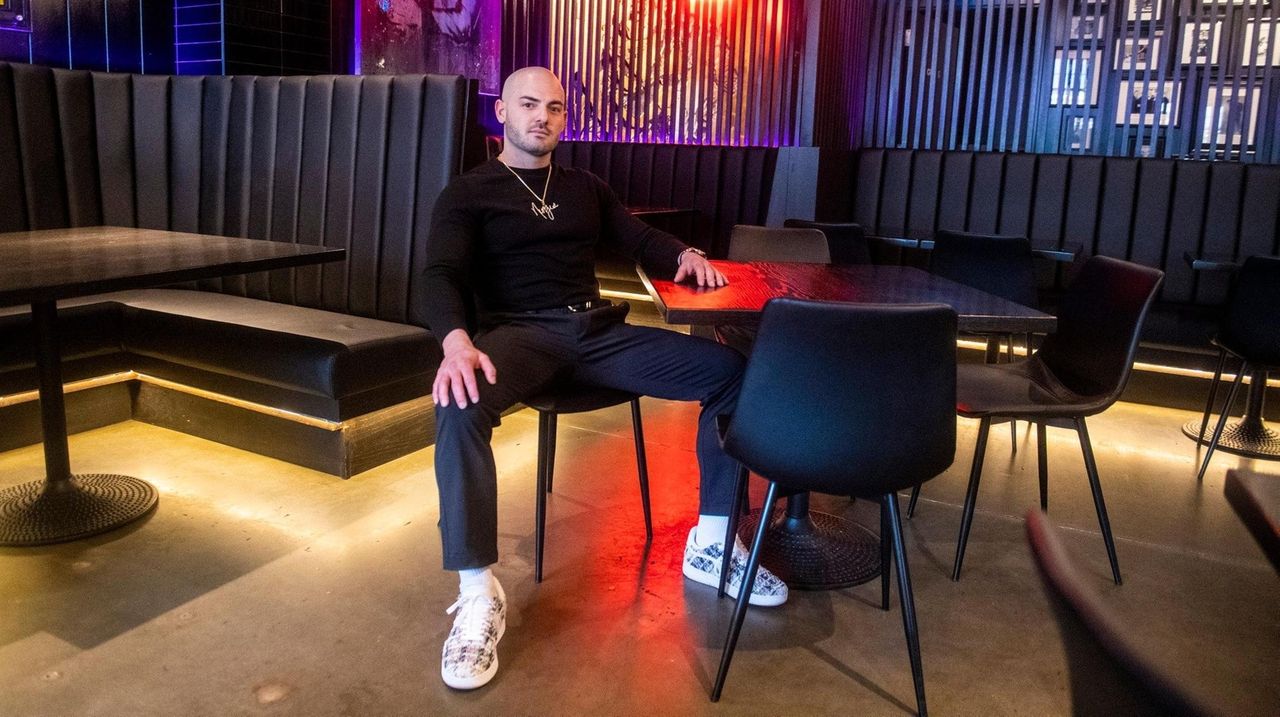 “Believe in yourself. You have to work every single day until you figure it out.”

In September, at 28 years old, Michael Napolitano broke into the restaurant business with his first sit-down eatery, Nunzi’s, a modern Italian restaurant inspired by his late grandfather.

Napolitano first started following his family’s entrepreneurial footsteps at 21,taking over his uncle’s health-focused store, Total Nutrition. Three years later, he gave it a new name and extended its offerings — Empire Nutrition debuted in 2018, as an emporium whose lineup includes a bevy of juices, smoothies, bowls, grab-and-go meals and supplements. His stores continue to pop up in Nassau County with locations in Bellmore, Oceanside, Garden City and Hicksville ( a Syosset location is soon to come ).

“I watched my dad be an entrepreneur his whole life and I loved that,” Napolitano, who has a business degree from Hofstra University, says. “He works for himself and I thought that was the coolest thing.” So how does he keep up with the more than a half a dozen spots? “I honestly don’t know,” he says. “That’s why I lost all of my hair at an early age.”