Common Core gets a rewrite

The state Education Department released its new English and mathematics standards for public comment Wednesday. The biggest news is how exhaustive the public comment has been and likely will be in the wake of a Common Core rollout a few years ago that left many teachers, parents and students overwhelmed and furious. Credit Commissioner MaryEllen Elia’s inclusive “career teacher” personality, along with her being wise enough to see what happened to her predecessor when he moved too fast and too autocratically.

When Elia started the job 14 months ago, she began an outreach to get feedback on all of the state’s 1,500 to 1,600 Common Core standards. She then formed committees that included more than 130 teachers and parents to cull the suggestions into new standards, which will be subject to public comment until Nov. 4. The changes will then go before the state Board of Regents.

There are a few big shifts, such as a softening of a pro-nonfiction/anti-fiction bias in the English standards. However, much of the revision involves streamlining, reorganizing or rewording. As for rigor, it stays. Elia says teachers realize they want the standards tough, and the higher goals have them getting students further than teachers knew they could.

The New York State GOP must be expecting a high turnout among women voters, with Hillary Clinton making her historic run for president. Several state senators on Long Island are touting women’s issues.

Sen. Carl Marcellino, who’s facing aggressive opposition from Democrat James Gaughran, sent two mailers this week. They focus on the Women’s Equality Act — stripped of its abortion rights plank, which State Senate Republicans would not pass — along with paid family leave and better detection of and coverage for breast cancer.

Sens. Kenneth LaValle and Tom Croci have tweeted about breast cancer legislation passed in the last session. And Sen. Phil Boyle posted a picture of himself on Twitter handing out the NYS Senate Woman of Distinction Award.

In general, Republicans face a gender gap when it comes to women voters, said Senate GOP spokesman Scott Reif. He added that the Republican caucus “has a good story to tell” this year in terms of laws passed around women’s issues.

Life goes on for New Yorkers 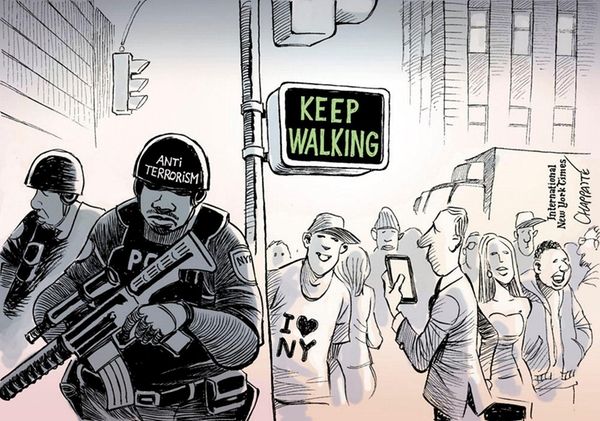 Assemb. Charles Lavine has seized on an issue dear to Long Islanders in his protest against high charges to downstate utility customers to keep four upstate nuclear power plants running.

Along with four other Assembly members, the Glen Cove Democrat wrote to the Public Service Commission to protest a new standard that “effectively means that the four downstate utility service territories will be required to absorb nearly 60 percent of this two-year, $965-million rate increase.”

Perhaps with an eye toward a nomination for county executive, Lavine hopes his issue will resonate throughout Nassau County. In 2009, running against Thomas Suozzi’s home energy tax worked as an election issue for Edward Mangano. He repealed it as one of his first official acts after succeeding Suozzi as county executive.